Gary Sweet, CEO of League Two side Luton Town FC (LTFC), has branded delays in a decision over the club's proposed stadium "unfathomable". 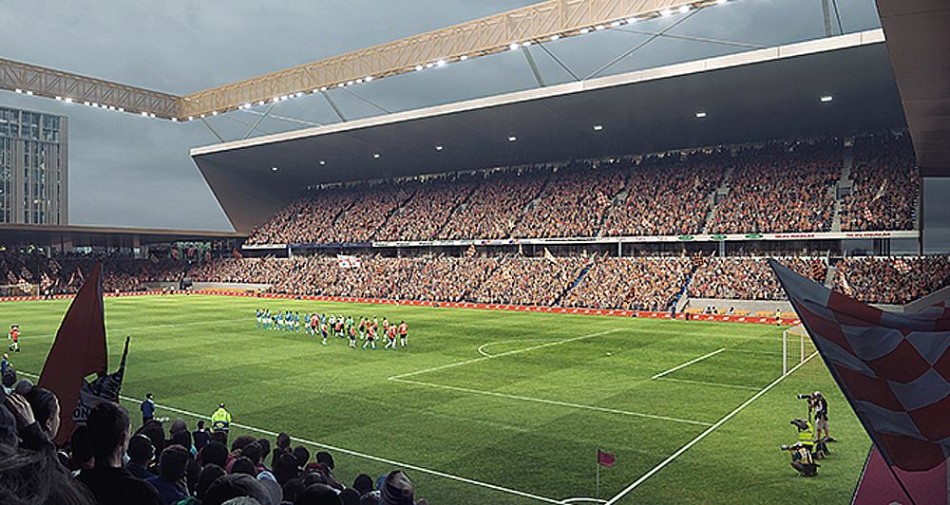 The club submitted a planning application for the 23,000-seat stadium to Luton Borough Council in August 2016, but despite having "answered all the questions" over the scheme, Sweet said the club is still awaiting a decision.

"There is very little now we can possibly answer, given that everything should now have been reviewed in detail," Sweet said. "Other than one small but important final document, which can only be issued once everything else has been.

"We fully understand and appreciate that planning officers must be meticulous in their considerations, but we have been very patient, as helpful as any developer could be and have been swift in responding to any questions or challenges.

"I'm beginning to find it unfathomable how something so positive and already so detailed upon submission can take so long."

Sweet also said the club's plans to find partners for the development at this year's MIPIM property event in France was under threat due to the delays.

"We will be very well represented at MIPIM in Cannes - an important global property exhibition where partnerships are created and deals are done," he said.

"We have politely asked the council to be mindful of the fact that visiting Cannes at great expense without having a planning decision after twenty months of consideration will create a not insignificant delay in progressing with the project.

"Indeed, the inability to be able to trade at MIPIM will not only hamper our progress but the progress of the town itself."

The club has already signed a deal for the stadium plot - the Power Court area of Luton - with British Land PLC and has revealed details plans for a mixed-use venue, set to include a piazza, cafes and restaurants.

Designed by AndArchitects, the stadium was initially set to be built in time for the 2020-21 football season, but delays now mean that time scale appears optimistic.