League One football club Luton Town has secured the final go-ahead for its planned 17,500-seater stadium The club was granted planning permission for the venue - located in the town's Power Court district - by Luton Borough Council earlier this year, but the stadium approval relied on councillors also backing proposals for a new retail and leisure park at Newlands Park near the M1 motorway.

The project has been designed to fund the stadium project and will include leisure facilities, offices, retail units, restaurants and a 300-bedroom hotel.

The two projects are estimated to bring in the region of 10,000 jobs to Luton, and a boost to the local economy to the tune of £250m annually.

In a statement, the club said: "This momentous decision comes two and a half years after the plans were submitted and following a rigorous period of scrutiny from the Council's planning department.

"We should also once again thank Luton Borough Council - who have diligently and meticulously examined the applications, and made a secure decision following the required protocols. The scale of their task should not be underestimated."

The approval brings to an end one of the most protracted and colourful stadium relocations in English football - marked by a number of ambitious and bizarre proposals.

During the 1980s, when the club enjoyed some of its most successful years on the pitch, there were talks of moving the club to Milton Keynes - leading to fan boycotts and uproar from local residents.

Throughout the 1990s, during the chairmanship of David Kohler, a "Kohlerdome" was proposed, which would have seen a retractable roof and a pitch placed on a hovercraft that would have been moved in and out of the stadium on match days. 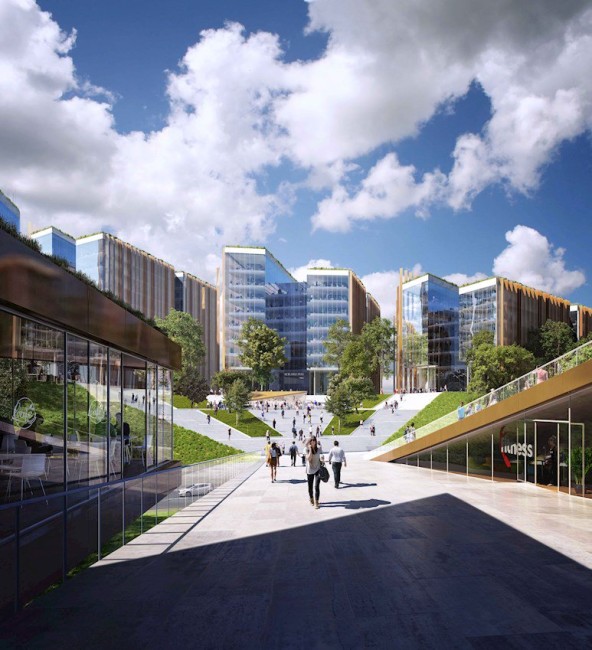 When the club was taken over by Mike Watson-Challis, the new chair announced plans to build a stadium next to the M1 motorway - proposals which were then bettered by his successor John Gurney, who announced that the stadium would be built on stilts above the M1 and also include an F1 Grand Prix track.