by Rosie Duckworth
in Drainage & Irrigation, Machinery & Mechanics, Cricket, and Rugby
on 08 Aug 2017 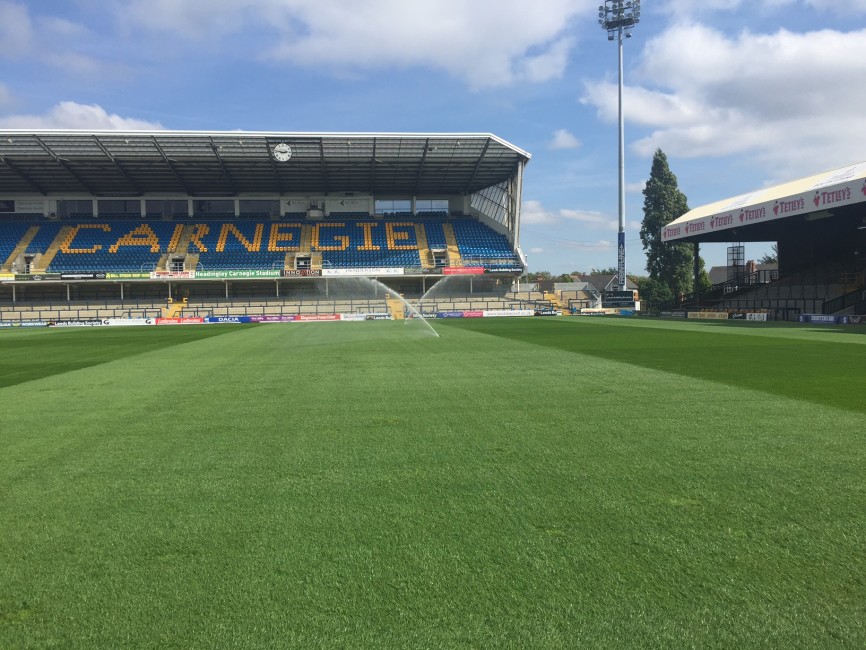 Four years on the sports venue has a new head groundsman, Ryan Golding, and here we talk to him about how he has found taking over the system, the installation of which placed the stadium at the forefront of sports pitch irrigation.

"Lynx was chosen by my predecessor Jason Booth as part of a £1 million pitch rebuild," Ryan says. "He saw the reasoning behind having a high spec system for many reasons, but predominantly for its real-time intuitive control and water sustainability.

"It makes no sense spending thousands of pounds on a pitch and having a bog standard irrigation system. To join a stadium which had that vision and invested in a state-of-the-art system, which is still state-of-the-art, was brilliant."

When Lynx was installed at the club, the idea was that the system would enable the club to access detailed and comprehensive information on all aspects of the pitch and its irrigation programmes, to monitor water, energy and other inputs and based on the findings introduce a more sustainable way to manage the pitch.

Ryan confirms that as hoped, the Lynx system puts the pitch management team in control. The computer-based software is coupled to wireless soil sensors beneath the surface enabling effective planning and real-time adjustments to benefit plant health, playing surface conditions and to sync with other turf management regimes.

"As I've said, part of the decision making process was based on how Lynx could help with water sustainability. Well, I can confirm that it is contributing in a big way. The efficient head-to-head sprinklers, soil sensing equipment, weather station system and integrated pump stations have had a big impact on how much water we use and on the club's bottom line. Water off the mains is not cheap and it's sensible not only for the environment, but also our budget to use the resource effectively. We're making big savings and it's improving grass-growing conditions, too.

"There are plans to put in place water holding tanks underneath the stands to harvest water from the stand roofs. The surface area there will collect a good amount of water to reuse," Ryan tells us. "The important thing is ensuring the water is thoroughly cleaned as, in order for the collected water to be used for pitch irrigation, the salt content of the water, which can be high in rainwater, will have to be low enough to not damage and depreciate the irrigation system. I will test the nutritional value of the water every four weeks and from the results will be able to decide whether to use the water to irrigate the pitch or use it in the washrooms and showers.

"The bottom line is Lynx gives us the power to make these kind of big-impact, long-lasting decisions, which is fantastic."