Work has started on a full reconstruction of the pitch at The Den - the first since the club moved to the stadium in 1993. 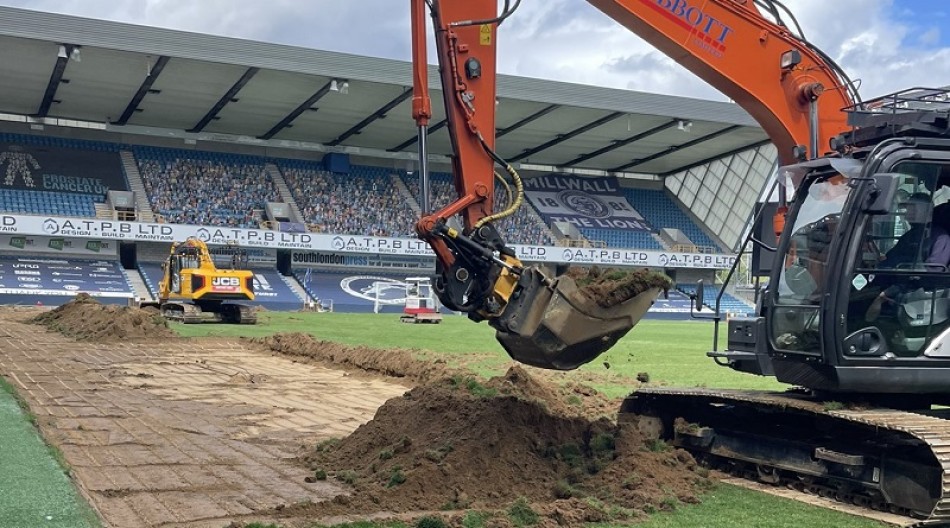 The six-figure project had been signed off to commence last summer before plans were postponed after the season had been paused as the UK dealt with the Covid-19 pandemic.

But finally, overseen by head groundsman Steven Chalk, machinery moved in this week to start work on a new hybrid pitch.

In March 2020, Chalk explained to NewsAtDen the plans for the ground.

"The actual undersoil heating, the irrigation, the drainage, is the same construction as what was put in in May 1993," Chalk said. "Yes, we take off the top 25 mil [millimetres] every year like most clubs do.

"This season's [2019-20] been horrendous weather-wise, how we got through some games I don't know. The board are fully aware of what's going on, and so is the manager [Gary Rowett]. When he came in he was briefed that it was a very, very old surface and come winter it struggles, there's no denying that.

"We do everything we can to try to get that water off the surface. We use all different kinds of aeration machines on a monthly basis. We're not just sitting back doing nothing, that's not the case at all.

"We were meant to get a new pitch this summer: new drains, new irrigation, new undersoil heating - the full works. The way things are looking right now with what's happening in the world, that's looking very slim. It's a 14-week project, digging up half a metre and going from the very beginning again, like most clubs have done. It's the norm for a pitch of 27 years."

Millwall are also planning to upgrade their training ground at Calmont Road this summer.