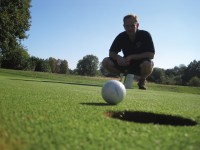 When Greg Evans 'came out' about maintaining greens in an aggressive manner (such as cutting at heights as low as 2mm), a huge amount of debate and discussion followed, questioning the merits of such a method. Some commented that the greens would be dead within three years. Others said that the approach was irresponsible at best and suicidal at worst. A silent few also maintained their greens in this fashion, but they went about their business without comment.

Whatever your views, the topic has at least got people talking; a discussion that continues three years after his first article was published in Pitchcare.

One of the biggest criticisms of my method was the lack of data supporting it. This used to really frustrate me, as I knew it worked but could not prove it with anything except anecdotal evidence. I would not undertake a new regime or method without evidence of the results to expect. With this in mind, I started collating my own data two years ago. Organic matter tests, infiltration rates, bulk density, tissue analysis, sward density, ball roll speeds and more besides. By investigating my method, I hope to understand it more and hopefully eliminate future mistakes.

Right from the start, I split the tests into two categories; agronomy and playability. To produce a top maintenance plan you need to have a balance of these two disciplines. There's no point going out spiking every week if you are losing members and your club's finances are going to pot! Get the balance right and a successful regime is sure to follow.

In this article I am considering playability (arguably the most important issue for golfers), leaving the agronomy for another time. If daisies produced great surfaces, golfers would quite happily putt on them. 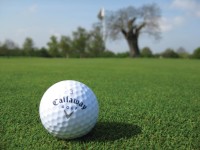 One of the biggest complaints from golfers is that, despite their greenkeepers doing all the agronomic work, the surfaces don't seem to be improving. Speed matters a great deal to golfers and we are commonly asked "What speed are the greens today?" Golfers generally love quick greens. You don't often hear a golfer say, "Wow those greens were amazing, they were so slow!" However, for turf managers, whilst speed is important (especially for bragging rights), smoothness is undoubtedly the key ingredient for top quality greens.

Personally, I hate slow greens. As a former decent golfer (yes, I used to hit a fairway once), if I went to play a golf course where the greens were sluggish I would be counting down the holes waiting for the 18th to get off the course. But, far worse, were quick, bumpy greens that you get in the English springtime with those northerly winds. A round of golf in March, when the greens were lightning fast but bumpy as hell, would produce putting strokes where, if you watched carefully, you could just about see a backswing! Such was the speed of them. So, even though I still detest slow greens, if they are true and firm they are still preferable to quick, bumpy ones.

How do we measure these attributes?

Speed is easy. Get on the phone to your local rep and request a £50 stimpmeter. Once it's delivered, go to a green with a tape measure and record the distance the ball travels from a given distance. Bingo. Green speed! What about smoothness and firmness? How do we measure the trueness of ball roll and firmness of greens when the ball hits the deck? Luckily there are two tools available to us. With the assistance of the R&A, the STRI brought out a measuring device called the 'Trueness Meter' some years ago which measures the deviations of ball roll. It costs around £12,000 to buy. The Clegg Hammer measures the firmness of the soil and costs £2,000. If you have a spare £14,000 floating around in your course budget, you can buy these two accurate tools which will give you the information.

When setting out my greens performance assessment programme, I didn't have an extra £14,000, but I did have £50 to buy a stimpmeter. I still wanted to measure ball roll and ball reaction on my greens, so I went about devising two tests to give me feedback for both. They are by no means as accurate as the two scientific tools, but do give me enough information to judge whether my greens are improving from a playability point of view. My tests are cost effective and require only a stimpmeter (£50), three golf balls (£10), good eyesight and the golfers' golden rule, no cheating! 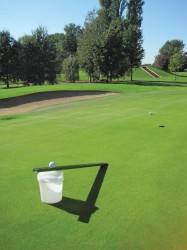 I thought long and hard about this one. I wanted a test that could give me an accurate reading, taking away as much guesswork as possible. So, I came up with the following test and a ten point scoring scheme:

Go to a flattish location on one of your greens close to the hole cup.

Place the stimpmeter on a small bracket, so that it is at roughly set at a 15% degree angle. A small bucket (as shown) or an old hole cup will do.

Measure a distance of six feet, or slightly more if the greens are quick. To gauge the distance, send the ball down naturally. Adjust the location of the stimpmeter until the ball finishes one foot behind the hole. Once you have this measurement then you are at your optimum distance (remember, it must be greater than six feet).

Now adjust the meter so that the ball travels in to the centre of the hole on a regular basis. This may mean that the meter is facing the right lip position, for example, so that it takes a slight break and drops in the middle of the hole. Once you have this done you are ready for the test.

Send down 10 balls and score accordingly:

1 point if it finishes in the centre of the hole, 1/2 a point if it goes in the right or left half and zero points if the ball misses.

After ten balls you should have a score out of 10. So, for example, if you sent down ten balls, with eight going in the middle, one slotting in the right half and one missing, you score 8.5 out of 10, a perfectly reasonable score. On the other hand, if you send down ten balls and three go in the middle, three in the right half, one in the left half and three miss, you have only scored 5 out of 10. Time to get that topdresser out to smooth those greens out a bit.

This system may not be as scientific as the STRI's trueness meter, but it certainly costs a lot less! If you perform this test weekly, you will very quickly see how smooth your greens are. As with speed, measuring smoothness is a crucial element in judging how your greens perform on a daily/weekly basis. 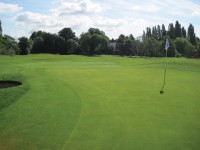 Firmness is a lot harder to gauge. I play on many greens where they become so firm or hard that hitting to them is like trying to stop a ball on a cricket wicket and not a golf green! You can measure firmness without having to purchase a Clegg Hammer, but will need a good critical eye and unbiased judgement. Below are the criteria that I use to gauge firmness of my greens:

Stand at the back of a chosen green (hopefully not becoming a target for golfers).

Watch five golfers hit to the green from about 150 yards away and mark on a scale of 1-10:

Once you have collated the scores, you can record them in a spread sheet to track your progress and to see how cultural practices, such as topdressing and aeration, affect firmness or not. I look for a score of around 7, just a bit above a parkland feel, but not so hard that the golfer loses control of his ball.

We can use the results to compare how we are performing from year to year. I consider the main playing season to be from early April to the end of October. During these months your surfaces need to be performing to your own chosen targets. Right is a chart of how Ealing's greens have performed this last playing season.

By looking at the chart, we can see that the speed target for the playing season was set at 10.5. On the whole, we achieved that with an average of 10.8 for this period. Smoothness came in at 8.8 against a target figure of 8.5, with firmness just a fraction up on target at 7.1. I and, more importantly, the club are very happy with how the greens have performed during the year. Better greens performance has meant extra golf revenue this playing year.

In these tough economic times we all have to justify our course budgets. If we are spending £5,000 sanding the greens or have spent £8,000 on a turf iron, the club wants to know what they will get out of it. By producing data on the performance of your greens, as detailed above, you will hopefully provide data to justify your expenditures with proven results.