0 Major commitment in excess of Euro 375,000 at Swedish club 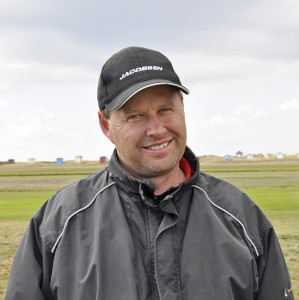 Flommens Golfklubb, situated in a designated conservation area on the southern tip of Sweden, has taken a fleet of Ransomes Jacobsen turf maintenance equipment from local distributor Gräsvårdsmaskiner (GVM) of Malmo.

Stephan Hylen has been the course manager since 2005, maintaining the course with a permanent staff of four and a further four in the high season - June through August. He is the former Scandinavian Matchplay champion, a competition he won in 1983 aged 19.

He began his greenkeeping career a couple of years later and in 1987 became head greenkeeper at Malmo Golfklubb, where he spent 11 years before moving to Orestad in 1998 as course manager. He left Orestad in 2003 to take up a similar position at Vellinge before joining Flommens in 2005.

"As we run a lean team it's vitally important that we have quality equipment with reliability built in and that's what we have with our Jacobsen fleet," he said. "The Eclipse 322 hybrid is excellent as it has no hydraulics, so definitely no oil leaks and the swing-out centre unit makes it easy to clean and adjust. 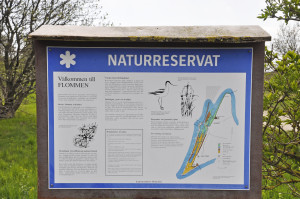 We also like the AR3 which is very powerful; we need the power here because we have lots of rye grass, older species that grow vigorously, and require power to cut it. My guys also like the comfortable operating position."

Flommens is a links-style course, but has water coming into play on every hole due to its location alongside a shallow tidal chammel, which provides its unique character.

Together with its close neighbours, Falsterbo and Ljunghusen, it provides a links haven for golfers, with all three courses regularly rated among the very best in Sweden.

Established in 1935, the club has a unique history and heritage. It was founded by young local golf enthusiasts, most of whom were caddies at neighbouring Falsterbo, who petitioned the local council for land on which to build a nine-hole course.

The layout of the course has evolved as more land was released and in 1966 the course expanded to 18 holes.

Speaking of the challenging environment in which his team works, Stephan added, "The tidal channel can cause flooding from November to March, but we are unable to fit flood gates because of our location in the middle of a nature reserve. We have the rare Blue Iris and some rare reptiles and we are banned from using fungicides in order to protect them. My good friend Ian MacMillan once told me I had the hardest job in the world!

"We have 1,250 members and many find it difficult to understand the constraints of working in this type of environment, but we constantly produce excellent playing conditions and that is a testament to the working relationship we have with GMV.

They are very responsive and an provide a superior level of service in a very professional manner."