The Etihad's capacity is just over 55,000, making it the fifth-biggest stadium in the Premier League. Manchester City have given an update on how the new Etihad Stadium pitch is coming along. 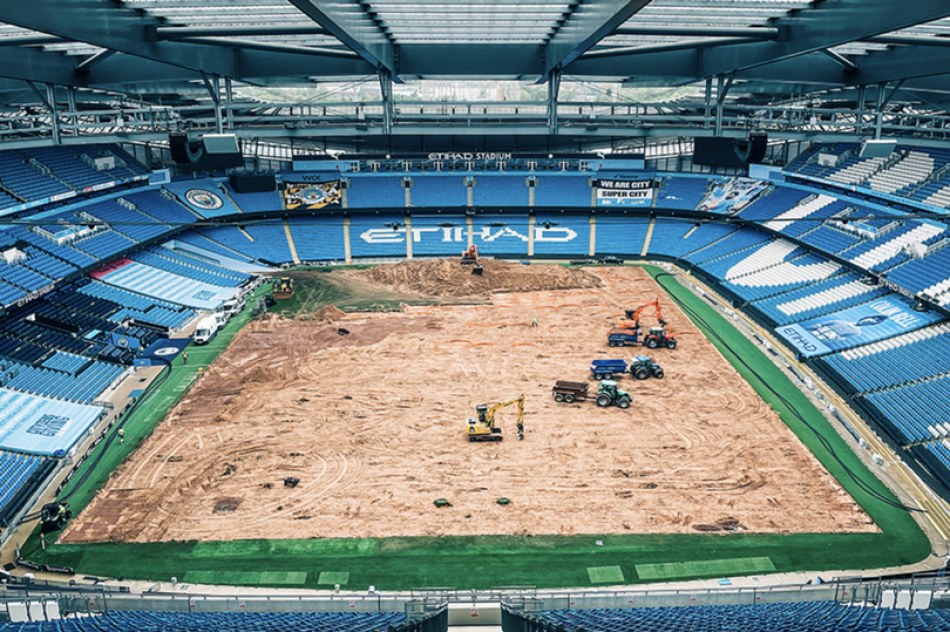 The Blues enjoyed a successful 2020/21 campaign as they side stormed to another Premier League title, while also retaining the EFL Cup by defeating Spurs 1-0 in April's final at Wembley.

However, their season ultimately ended in despair as they were defeated 1-0 by Chelsea in the Champions League final in Porto last month courtesy of a Kai Havertz goal three minutes before halftime.

It was heartbreak for Pep Guardiola's side as they looked far from their best, registering just one shot on target across 90 minutes.

Still, the City faithful have every reason to be optimistic ahead of next season as their star players Kevin De Bruyne and Phil Foden won the PFA Player and PFA Young Player of the Year awards respectively.

The dynamic duo could even be joined at the Etihad by some fresh faces - with Aston Villa's Jack Grealish and Tottenham's Harry Kane both linked with a move to the Blues. 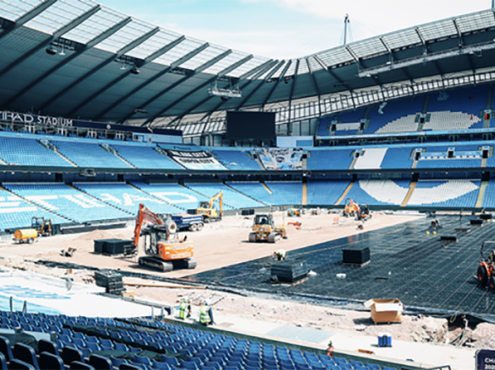 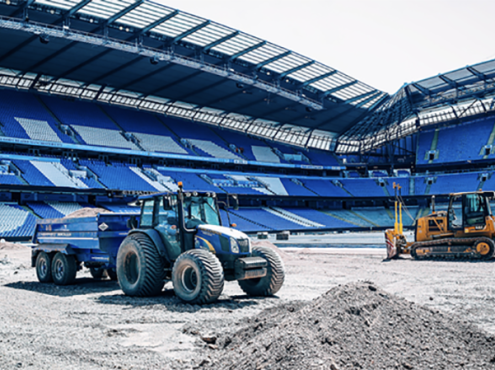 Something that will definitely be new at City next season is the pitch, which is undergoing a revamp with the excavation of the Etihad Stadium pitch.

The project, which is set to be completed by the end of the month, is the biggest single pitch project in the club's history and is explained on the club website.

The new pitch will have the capacity to retain and recycle more than 200,000 litres of rain and pitch irrigation water - making it the first in the UK in terms of this type of pitch drainage system.

It will also incorporate an air vacuum system that can pull moisture out of the pitch against the force of gravity.

Excavation resulted in the pitch's level dropping by nearly half a metre, removing around 6,000 tonnes of clay, sand, gravel and rootzone. This will all be fully replaced and the new pitch will sit at exactly the same level as its predecessor.