A golf course worker on a ride-on lawnmower has been crushed by a falling tree, suffering "potentially life-threatening injuries". 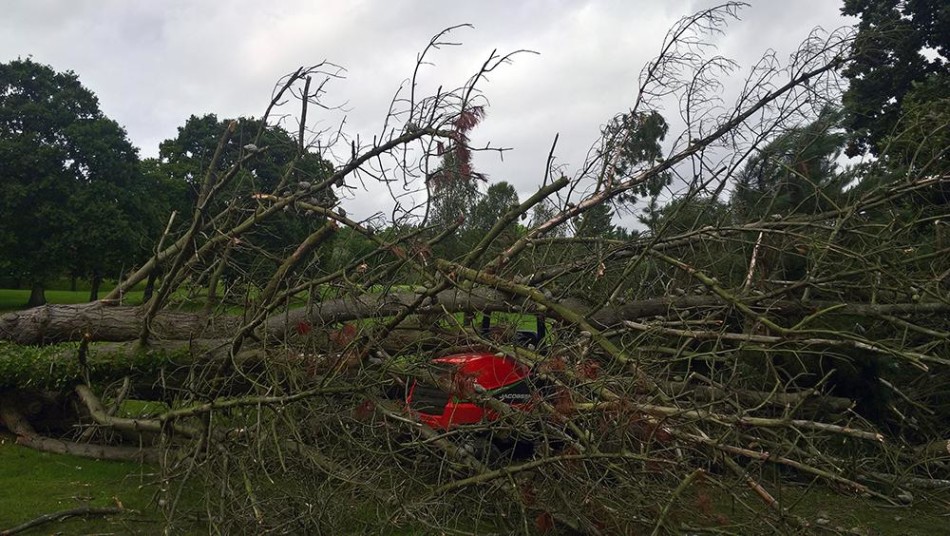 Emergency services were called to Dibden Golf Centre near Southampton shortly after midday.

The man, thought to be in his 40s, was trapped for nearly an hour, Hampshire Fire and Rescue Service said.

The golf course confirmed that a member of staff had been injured and the man's next of kin had been informed.

In a message on Twitter, it said: "Today, one of our employees was involved in an accident whilst performing his duties.

"He is now being cared for by the ambulance service and local hospital. Our thoughts are with him at this time."

Three fire crews were called to the golf course at 12:10 BST and managed to free the trapped man within an hour.

My Time Active, which runs the course on behalf of New Forest District Council, said the course had been closed until further notice.

Out thoughts and best wishes go out to the gentleman and his family.