Two longstanding franchisees of a nationwide weed control business have bought out the founder with a pledge to drive the business forward with solid support for its franchisees and an invigorated marketing campaign.

Managing Director Ian Graham and Technical Director Alan Abel have completed the management buyout of Complete Weed Control Ltd (CWC) from founder and chairman Roger Turner, to take control of a business with a franchise group dealing with clients ranging from Premiership football clubs to zoos.

Formed 35 years ago when Roger Turner converted a Toyota 4x4 HiLux vehicle into a weed sprayer, CWC grew rapidly following his decision to franchise the business in 1982. It now runs 48 regional offices throughout the UK and Ireland from its headquarters in Hinton-on-the-Green, Evesham.

"We have to continue delivering all the positive aspects of CWC while, crucially, raising the profile of weed control nationally" Ian Graham stated. "Weed control is often unnoticed until it is missed or performed badly, so it often remains low on the agenda. There is only seen to be a need for the service when the weeds appear."

"The move has come at a pivotal time in Britain's turfcare and amenity sector", added Ian Graham, who with Alan Abel, is keen to fully exploit the market potential for their service. 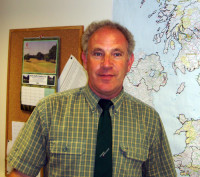 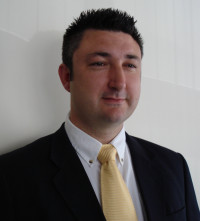 "Roger set up CWC to provide a specialist weed control service to a diverse range of areas including local authorities, public utilities, industrial sites, amenity and leisure areas. At that time, no-one was servicing the amenity sector - spraying was confined largely to the agricultural and domestic sides. He therefore had a wide open field in which to operate."

"We realised that CWC was only scratching the surface of its market. There is so much potential still to be realised."

Plans are afoot to expand the network with additional franchisees, he said.

The new management team intends to continue Roger Turner's commitment to research and development, which led to CWC playing its trump card in the early 1990s when it introduced the innovative Weed-IT (Weed Eradication Economical Detector) machine. Described as a breakthrough in optic sensor technology, it uniquely relies on infrared sensors to apply chemical only where weeds are detected.

The machine was exhibited as a prototype at major industry exhibitions and won the `Best New Landscape Product in Show' category at the Institute of Groundsmanship's national exhibition, SALTEX, in 1997. Since then the machine has evolved and become a key resource for many councils in both meeting their environmental targets and dealing with their hard surface weed control requirements.

"CWC is still the only company offering such a wide range of weed control services on a national basis," added Ian Graham, who has spent eight years running CWC's Durham and Teesside franchise.

"We remain committed to providing a comprehensive and cost-effective range of solutions to weed control problems through our network of franchisees, operating to the highest-possible standards. We wish to continue delivering true national coverage, without losing the all important customer service that only a local business can provide."

"We are not planning to transform the way the business is run," added Technical Director Alan Abel, who has serviced Cardiff City Council for some 18 years and who this year celebrates his Silver Jubilee as a CWC franchisee, mostly covering the company's South Wales patch. His client mix includes Welsh castles, the Millennium Stadium and stately homes, "with lots of cricket clubs and golf courses in between", he said.

"The franchise network is quite close-knit with good communications, and works well. Our job is not to work against franchisees but to further strengthen the existing goodwill by providing the continued levels of backing and support from HQ that franchisees expect and where possible, improving on those standards still more. As directors, we are here to mentor and assist new franchisees in realising their goals and will remain very much hands-on in that respect."

Ian Graham concluded: "CWC's diverse customer base presents 'many different challenges' - the tremendous satisfaction that can be achieved from seeing the franchises turn these challenges into solid business is fantastic."

"We look forward to sharing further success with them over the next twenty five years."