Mansfield Town's head groundsman Michael Merriman has explained that work is now well under way to prepare the One Call Stadium pitch for next season. 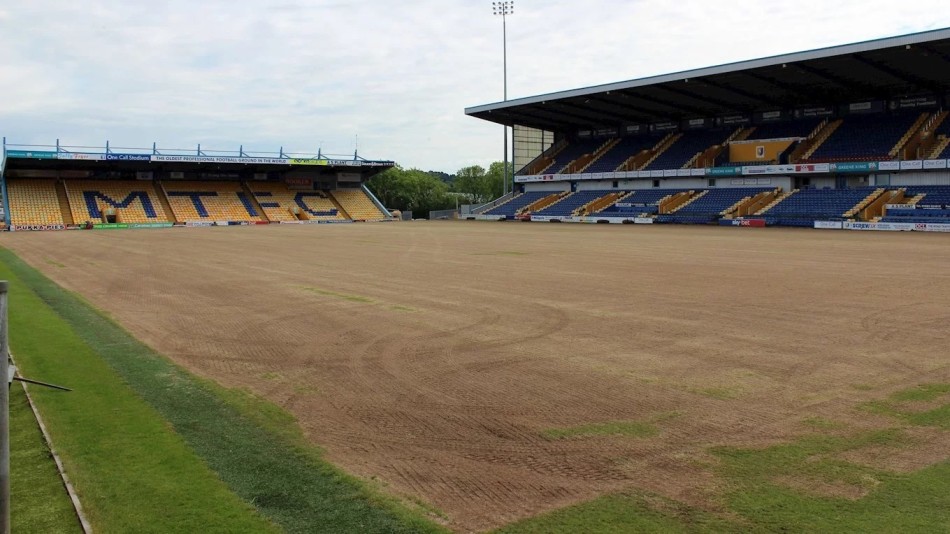 Blackburn Rovers arrive for the first home pre-season friendly in seven weeks' time and Merriman is working hard to create a pitch that, as with last season's, will attract plenty of praise from visiting sides.

He said: "The feedback was very good on the pitch last season - it was very good despite the winter months having taken their toll a bit."

"We had a bit of trouble under the West Stand but we're looking to eradicate that this year. But as a whole, it feedback was fantastic.

"We've taken the top off the pitch now as it plains the vegetation out, but we haven't gone deep so it doesn't take the fibre out. We'll put 20 bags of seed on it and off we go again. We had all the major work done two years ago with the drainage system."

"We've had the fibre sand tested and the levels are still good, so we don't need to add any this year. We'll look again at the end of the season and see what's what."

"Hopefully be up and running and ready to go in time for the first game."