0 Marine AFC - Their moment to shine

Marine Association Football Club recently encountered a once in a lifetime experience, reaching the FA Cup third-round, where they drew Premier League Tottenham Hotspur at home. We could only imagine what it was like for the grounds team of the eighth-tier club to prepare the pitch for the world to see, so we spoke to contractors Gary Powell and James Tomlinson to find out more. 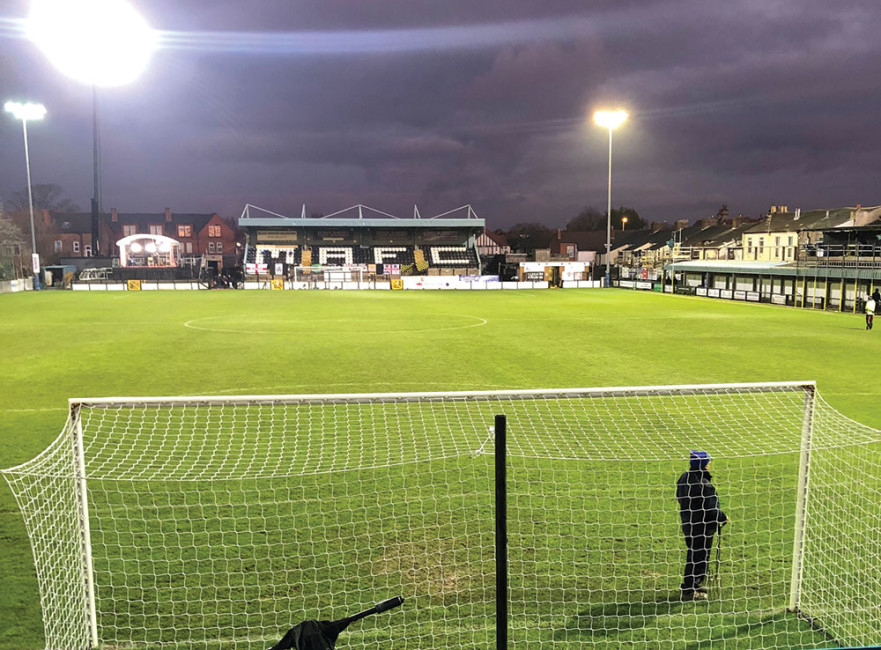 The team's outstanding achievement in reaching the FA Cup third-round brought its rewards when Premier League Spurs were pulled out of the bag. Obviously, the game would be different without a crowd of supporters, but there was still a lot to get excited about.

Gary and James, both directors of Grasshopper Sports Ground Maintenance Ltd., have looked after the pitch for many years and they commented: "It was exciting for us to be able to work a match against a team like Spurs and welcome them onto the pitch, but we were more pleased for the club. There have been a number of postponements (due to the pandemic and lockdown) and they lost a lot of revenue, so this fixture could not have come at a better time."

In the weeks leading up to the game, preparations did not go to plan though, as the weather was unkind and SS Stadia were called in to cover the pitch. "Frost covers were put down on Sunday at 7.30pm, but the following week (on New Year's Day), that fixture was postponed, and nobody thought to tell us that the team had trained on the pitch instead. Before they had put the covers on, they did a bit of divoting, but we never had the chance to give it a full divot and roll."

The covers were removed from the pitch the day before the Spurs game was due to kick off at 5.00pm Sunday, which didn't allow much time for preparations. "Once the covers were removed, we found a small area (which is frequently in the shade) was frozen. So, in the next few hours, we hand forked it and, by the time we got back in early Sunday morning, the temperatures had risen and it had thawed out. To guarantee we could get the work done, we brought in some extra help; three of us cut and rolled with hand mowers, whilst the other two divoted and, somehow, we managed to have it all prepared and marked out for 1.00pm." 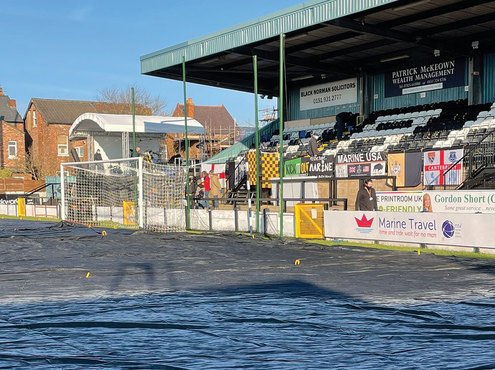 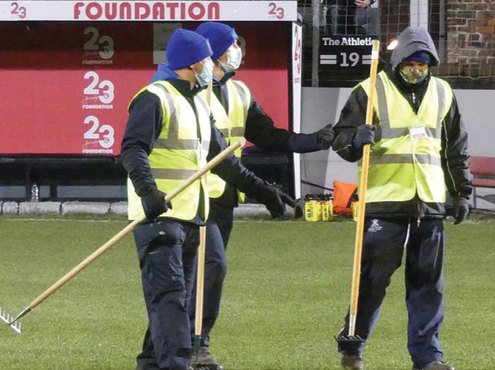 "You could already feel the tension and excitement building. Obviously, no fans were to be allowed inside the compact 3,185-capacity ground, but small gatherings of supporters had taken their positions as well as very local fans, who could watch from their bedroom windows, already taking a sneak peak. Others climbed trees and scaffolding to get a better view of the action."

Gary continued: "We went onto the pitch after the warm-up and during half-time and there were no deep divots to repair. It helped with there being five of us, as we managed to get around the pitch in those few minutes break."

Debutant Devine became Tottenham's youngest-ever scorer aged sixteen years, after signing to the Academy from Wigan in July 2020. Due to Covid, both sets of players were unable to swap shirts, but Tottenham provided their opponents with a set of fresh match shirts as a souvenir.

After watching highlights of the game - which was the biggest league gap ever in the FA cup - Gary and James thought the pitch played brilliantly. "The work we managed to do before the game, along with a bit of drizzle, helped the ball's movement, which was ideal for Spurs, but not so much for Marine. The great thing for us was when we saw Gareth Bale warming up; Mourinho playing him indicated to us that the pitch was holding up - he would not have risked him on a ploughed field when he had just come back from injury." 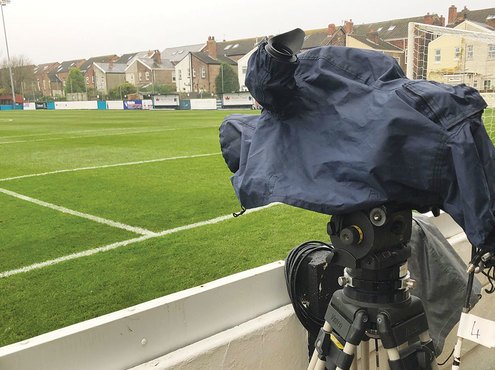 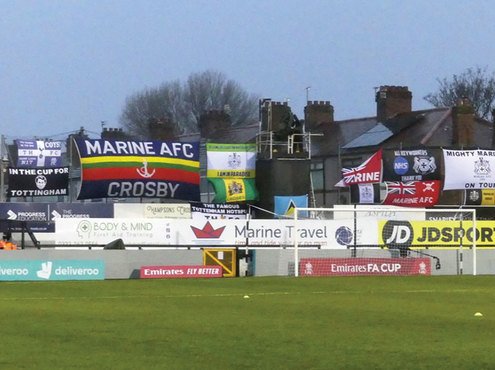 Despite their success in the cup, Marine had played just seven times in the league this season as their Northern Premier League Division One North West division does not fall under the 'elite sport' category that is allowed to continue under the national lockdown. The loss to Spurs means their season is over and it's now just a matter of keeping the pitch ticking over until they are told what the future plans will be.

"If it is left to us to renovate the pitch, we usually get an outside contractor in as we do not have the appropriate equipment to carry out the work. We will apply between eighty to one hundred tonnes of 70/30 rootzone, Verti-Drain, brush-in the rootzone, then overseed with fifteen bags of R14 perennial ryegrass mix with a Vredo disc seeder. Finally, we will apply a granular spring/summer feed. We don't carry out any form of scarification. By the time it comes to the end of the season, with Marine AFC and AFC Liverpool both playing their home games at Rossett Park, there isn't much grass left. They play so much football on the pitch, that the players act as a form of scarification. This season we had to carry out the renovation ourselves and only had enough money to spread two tonnes of rootzone in the goalmouths and linesman's runs."

The pitch is soil based with no drainage and a limited irrigation system, with three connection points running at low pressure, making it difficult to get water on the pitch in summer.

So, what does the future hold for Marine now they have had a cash injection? James concluded: "I have spoken to some members of the committee and they are currently talking to a contractor about what options are available to improve the playing surface. The option we are most excited about, is the chance they may install a hybrid pitch, with a fully automatic irrigation system - that would be game-changer! If all goes well, work could be carried out as early as this pre-season if not, it will be the pre-season after."

Grasshoppers Sports Ground Maintenance Ltd was set up in 2002 by three friends James, Gary and John Peterson - who has since left to pursue a greenkeeping career. Since getting their first maintenance contract at Merseyside Civil Service Club (now Liverpool County FA), they have built up a portfolio which includes Marine AFC, Northern Cricket Club in Crosby, Bootle CC, Mossley Hill Athletic Club and a few schools.