England's football squad is deep into preparations for the 2018 FIFA World Cup this June. In Nantwich, Cheshire, another England posse of players is also training hard for competing on the global stage of the game. 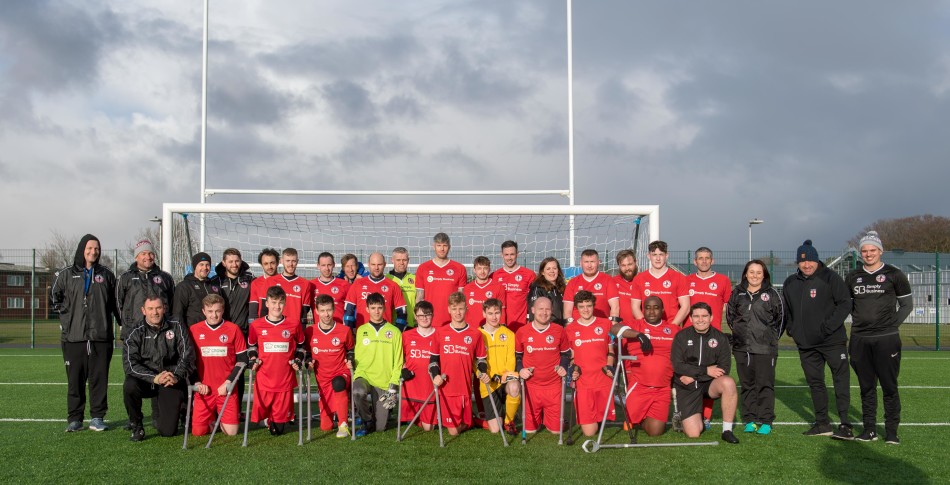 This is the England amputee squad and they are seeking their own World Cup glory in Guadalajara, Mexico, in November.

They'll be up against leading countries such as Turkey, Russia and Poland but having so nearly triumphed last year at the European Championships in Finland (losing 2-1 to Turkey in the final before a 42,000 crowd) they'll have their eye on the main chance.

Unlike their able-bodied counterparts, however, these footballers with disabilities do not have the comfort of funding via their governing body. The England Amputee Football Association (EAFA) relies on sponsorship money and donations since the Football Association had to withdraw its financial backing in 2006 due to a reported lack of participation in the sport at that time.

The journey since has proved a long and winding one for the EAFA, founded in 1990, but invaluable support from business is helping it deliver the training climate needed for the preparation the squad requires to compete on a level playing field against countries that run paid programmes.

Early February saw the squad turn up for its monthly training weekend at Reaseheath College to be greeted by the sight of brand new goalposts - a key factor in ensuring such committed players can train with the highest standards of provision available to them.

The Nantwich-based higher and further education establishment provides pitches for the EAFA - another invaluable aid to allow the Association to give all amputees and those with limb deficiencies the chance to engage in football from grassroots to international level. 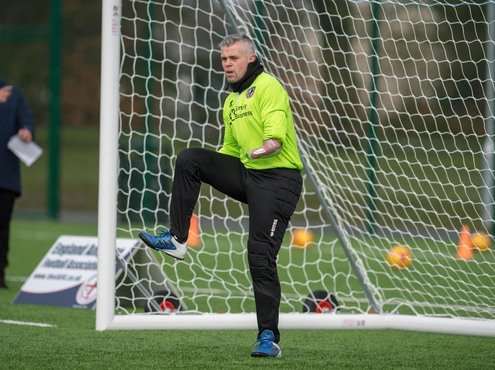 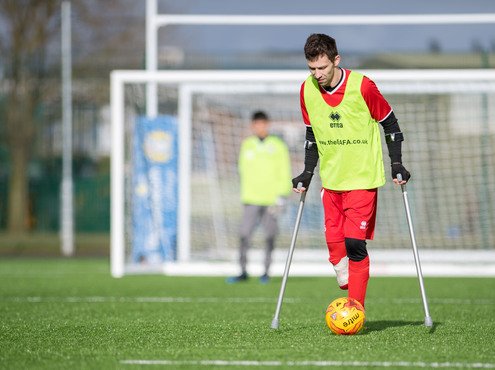 The Premium Easylift goals package, donated by leading sports equipment manufacturer Mark Harrod Ltd, features 16ft x 7ft wheeled goalposts that can be quickly placed in position for training then conveniently moved away after play. When raised, the four wheels on each goal have excellent ground clearance, while internal weights allow instant safe use.

Since 2006, when the Association "reinvented itself", the landscape towards the sport has shifted markedly, stresses EAFA Head Coach Owen Coyle, himself a volunteer, along with all other staff.

"Uptake has been massive and we now run a junior programme, development and awareness seminars, operate the EAFL National League and send the national squad to compete internationally around the world," he says.

"Many of our players served in the military, losing limbs in conflict," explains Owen, whose `day job` sees him working with youngsters and adults for Blackpool FC Community Trust. "Others are teenage cancer sufferers.

"This significant donation by Mark Harrod Ltd has come at just the right time because it is critical that the squad trains using the correct specification of goalposts. We've had a huge weight lifted off our shoulders now we have them in place for the run-up to the World Cup."

The game has gripped Mike Bugajski, Mark Harrod Ltd's Head of Sales. "Amputee football requires an impressive array of skills and is such an exciting sport to watch," he notes.

"As a top manufacturer of goalposts for all versions of football, we are thrilled to have been able to provide pitch equipment that the EAFA so badly needs to ensure it can offer a fully inclusive environment for players. We wish the squad the very best in Guadalajara."

As support builds nationally, hopes are high for amputee football to assume a permanent role on the world stage - in Guadalajara and beyond.