by Football Foundation
in Football and People
on 22 Dec 2019

The Premier League, The FA and Government's charity, the Football Foundation, has announced that it has appointed former Chief Executive of The FA, Martin Glenn, as its new Chairman with effect from 1 January 2020. 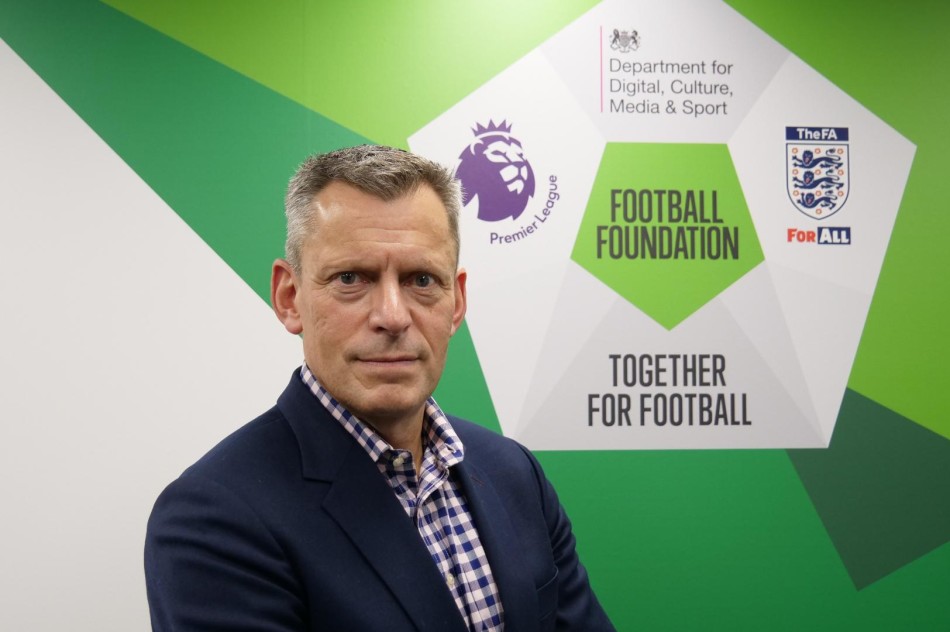 Martin brings with him a wealth of football and business experience. As well as being CEO of the FA, United Biscuits, Birds Eye and Division President for PepsiCo's Walkers Crisps business, Martin also served as a non-executive director of Leicester City Football Club and coached at the grassroots level. He is a Wolverhampton Wanderers fan and is responsible for enlisting Gary Lineker as the face of Walkers' marketing campaign in 1995.

During his time at the FA, Martin had a strong focus on developing the grassroots game, which led to a significant increase of investment into grassroots football facilities.

His appointment comes at a seminal moment for the Football Foundation and the wider grassroots game. The Premier League, The FA and Sport England, on behalf of the Department for Digital, Culture, Media and Sport (DCMS), have jointly developed a National Football Facilities Strategy which sets ambitious targets to transform the nation's grassroots football facilities over the next 10 years. This will improve the experience of playing grassroots football and support the Government Sports strategy to use sport to tackle issues around physical health, mental health, individual development, and social, community and economic benefit.

A long list of over 20 candidates was identified via an open recruitment process, which was narrowed down to a shortlist of three by a Nominations Committee, chaired by the Foundation's Senior Independent Non-Executive Trustee, Jemima Bird. Martin was selected as the outstanding candidate, following an impressive application, presentation and interview.

Martin said: "The Football Foundation is a tremendous force for good in both football and in wider society. It is a terrific organisation; well regarded, well run and yet with ambition to keep doing more. I was the first CEO at The FA to become a Trustee of the Foundation and I'm delighted to take on the role as Chairman. This is a critical time for us, as we set about revolutionising England's grassroots football infrastructure."

In welcoming Martin to the Football Foundation, outgoing Chairman, Gary Hoffman, said: "This announcement comes at a very important moment for the Football Foundation, as we embark on an exciting and game-changing 10-year plan to transform our nation's grassroots football infrastructure. I am thrilled to be handing over to somebody who has huge credibility across the game and beyond and who I know is passionate about developing the grassroots game. I leave knowing that the Foundation and its objectives are in very safe hands."