by Editor
in General Interest, Schools & Colleges, and People
on 03 Aug 2019

It has taken him 26.2 years, but Matt Pullen, head groundsman at The Leys School, completed his 100th marathon last Saturday. 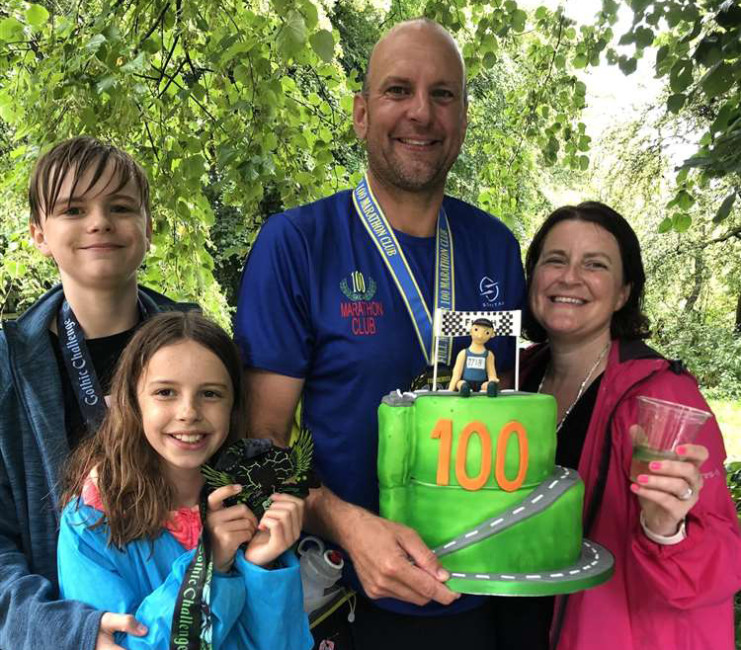 Matt with wife Alison and children Ben and Ellie

He completed his first, the London Marathon, in 1993 when he was 18 years old.

And he chose Northampton for his 100th so friends and family could watch.

Over the years, Matt, 44, has run the London Marathon 21 times and was in New York after the 9/11 terrorist attacks.

"The most memorable was straight after 9/11 - doing New York that year and being part of the running community," he said.

"I'm not really an emotional person but it was amazing; everybody was literally running for New York, for what had happened less than two months earlier.

"At that time, I was at around marathon 36 and I met a friend who said, 'You should set your next goal at trying to do 100 marathons', so that's what I did."

Matt, who has also run ultra-marathons and says he has a very understanding wife, added: "There are more people who have climbed Everest, and I believe more people in Great Britain have swum the Channel, than have run 100 marathons."

And he's not stopping at 100 - Matt has plans for more races, including Chicago later this year.