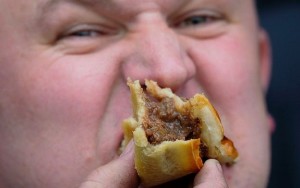 There's something gloriously romantic and nostalgic about eating a pie at a football ground; it feels like you're following in the footsteps of almost 150 years of footballing history.

Well, at least until clubs started charging exorbitant prices for what is (probably) a horse-meat laden monstrosity!

But, Liverpool FC aimed to rectify the recent trend of culinary abominations with the launch of a new competition to commemorate the opening of the new Anfield Main Stand towards the end of August.

Fans have been asked to create a matchday pie that will be sold inside the ground. Because, how else would you celebrate the end of the construction?!

In a statement, Paul Cuttill, one of the club's general managers, said he hoped the new pie would "form part of an improved food offering at Anfield."

Good luck with that … it's a pity Delia is not on their board!

You can read the original blog HERE