0 Mendip Greenkeepers prove their worth 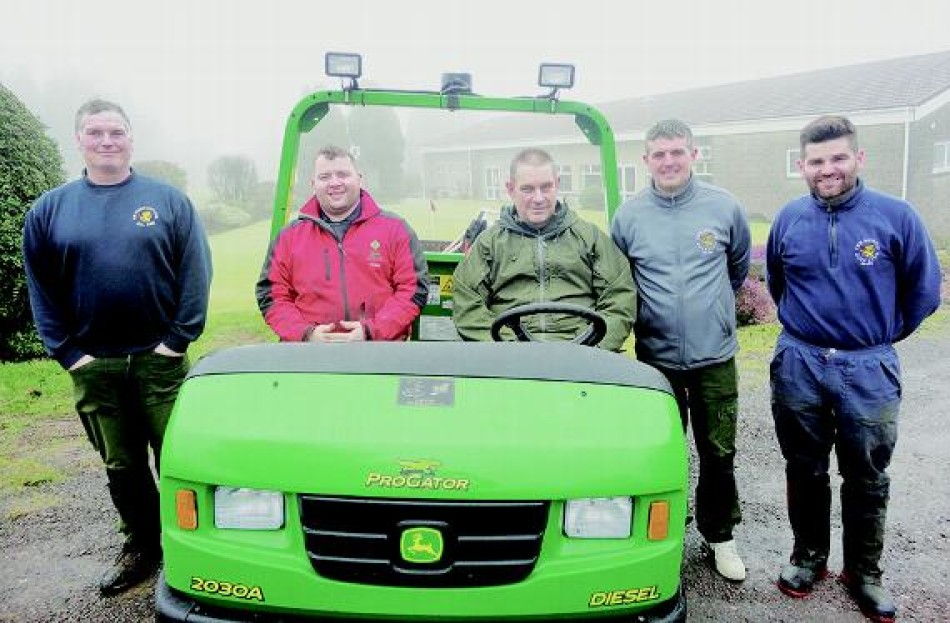 In mid-2015 when long-standing Head Greenkeeper, Richard Flower, retired, Mendip Golf Club, rather than search outside for a replacement, took the decision to give the existing team, bolstered by a couple of additions, the opportunity to prove their worth for a trial period.

What a good decision that proved to be, as members and visitors alike saw real improvements taking place throughout the course and in particular, on the greens, which are returning to the prime condition and speed taken for granted ten years ago.

Having seen enough and convinced that there is a lot more to come, Mendip's Board of Directors recently announced that Paul Cooper had been appointed Mendip Golf Club Course Manager. Paul, aged 42 and who has been a greenkeeper since leaving school, started in Cornwall and came to this area in 1997 to work at Frome Golf Club, then a nine hole course. As the club expanded and the course developed to be a testing eighteen hole affair, Paul became Head Greenkeeper and was well known for keeping the Course in tip top order.

When the Frome Course closed in 2015, Paul joined Mendip. He is highly qualified, having attained an NVQ Level 3, a Diploma in Sports Turf Management. He has exciting plans for his team and there are busy times ahead for him. Hopefully, some spare time can be found to play a little bit of golf, although he admits he will have to work at his game to get back to playing to his five handicap!

The team is now very well qualified overall, both in the work sense and playing ability wise. Paul is supported by long standing Deputy Head Greenkeeper, Richard Gregory, who brings a wealth of 'Mendip' experience to the Team and who now becomes Deputy Course Manager. In addition, Mendip have Stuart Ponfield, handicap +1 who has recently also been appointed as an official Deputy and who is in the latter stages of obtaining his NVQ Level 3 and long-standing and very popular employee Fred Say, NVQ Level 2. The team is completed by Apprentice, Tom Small, playing handicap +1, who is in the latter stages of attaining his NVQ 2.

These are exciting times for Mendip and it will be very interesting to look back in twelve months' time to see what has been achieved.