by Lancashire Cricket
in People and Cricket
on 14 Oct 2020 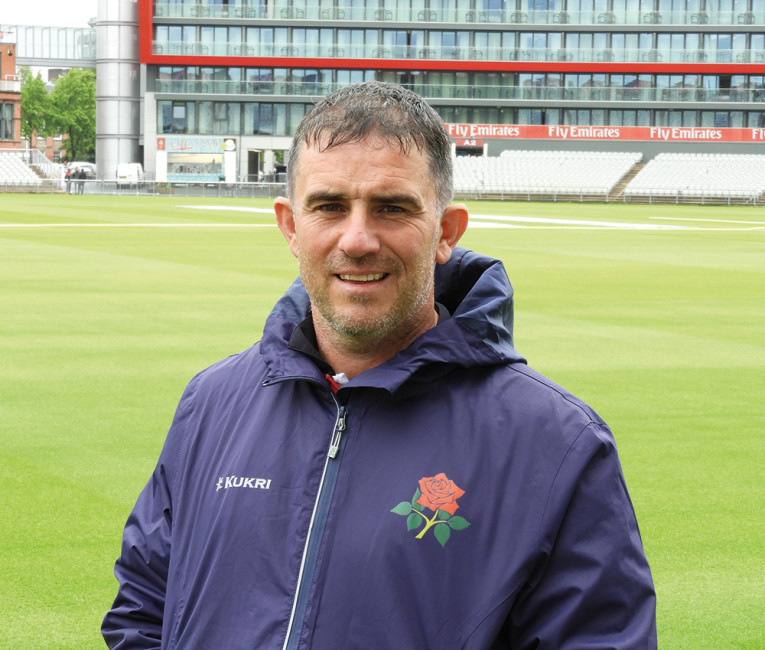 Matt was presented with the award virtually by Acting Chairman, Les Platts, during the Annual General Meeting earlier this week.

Lancashire's Head Groundsman, who has worked at the Club for over 30 years, was selected by the Board due to his tireless work preparing pitches for the behind-closed-doors fixtures at Emirates Old Trafford this summer.

No ground has ever prepared three back-to-back Test match pitches before Matt and his team this summer as the ground hosted the final two West Indies matches followed by the first Test against Pakistan.

They were part of 21 days of international cricket in Manchester this summer, with Pakistan returning for a three-match Vitality IT20 series alongside a three-match Royal London ODI series against Australia. The ground started 2020 by hosting West Indies' intra-squad fixtures and finished with Lancashire Lightning's final three Vitality Blast North Group fixtures.

In addition, the groundstaff have also prepared training facilities throughout the summer for England, touring international teams and Lancashire's outground fixtures at Liverpool CC.

Lancashire Cricket Chief Executive, Daniel Gidney, said: "David was Lancashire through-and-through, and this annual award has been created to commemorate individuals who go over-and-above and continue his passion for the Red Rose."

"What Matt and his team have achieved this summer is nothing short of extraordinary. To have such an enormous amount of cricket in such a condensed period of time and yet consistently achieve a superb standard of pitch is remarkable.

"Matt is a completely deserving winner of this award and we are proud to say he is a part of the Red Rose family."

Matt Merchant said: "I am overwhelmed and delighted to be chosen as the first winner of the David Hodgkiss OBE award."

"This is a team effort and I would like to thank every one of the groundstaff for their hard work and determination. It has not been without its challenges, but every single one of them has worked tirelessly to make sure we could host cricket this summer."

He had been chief executive of a steel fabrication company, William Hare Group, for which he was awarded an Order of the British Empire in June 2014 for his services to the manufacturing and exporting industry as part of the Queen's Birthday list.

He died at the age of 71 after catching COVID-19 in March 2020. Former Lancashire CCC vice-president Farokh Engineer lauded Hodgkiss as "the best and the most popular chairman LCCC ever had."