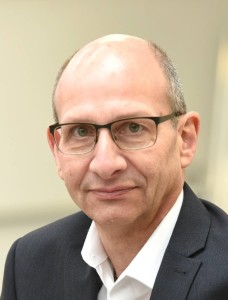 MH Goals Managing Director Mark Harrod is widely known as one of the country's leading authorities on sport equipment safety, and has now been recognised as an independent expert for the British Standards Institution (BSI) and the European Committee for Standardisation (CEN).

Sports equipment safety has been an integral part of Mark's career for over 40 years, and he has advised on many of the standards that have been conceived and implemented in the UK and Europe.

Mark was initially brought in as an industry expert for the BSI in the early nineties when he advised on the first European sports equipment standard EN748. Through a process of rigorous testing, product redesign and consistently pressing the need for change, BS EN 748 was successfully implemented and has been the benchmark for sports equipment safety ever since.

Mark Harrod and MH Goals are still at the very forefront of sports equipment safety, and Mark has been advising the BSI and CEN on the new BSEN16579 safety standard which will come into full effect in July this year. Mark currently sits as a technical expert on CEN/TC 136 advising on manufacturing, safety and test methods for goals and is one of only a handful of these experts worldwide.

If you would like details on the new standard or would like to discuss any aspect of goal post safety please contact the UK's leading experts, MH Goals, and talk to Mark direct on 01502 711298.