by External source
in Industry News, People, and Football
on 20 Nov 2017

'Community spirit' is firmly engrained within the culture of Mick George Ltd, as is the notion of helping to nurture and develop local talent, regardless of occupation or skill-set. Hence the investment in the Mick George Training Academy at Peterborough United FC, which forms part of the company's wider partnership agreement with the club. 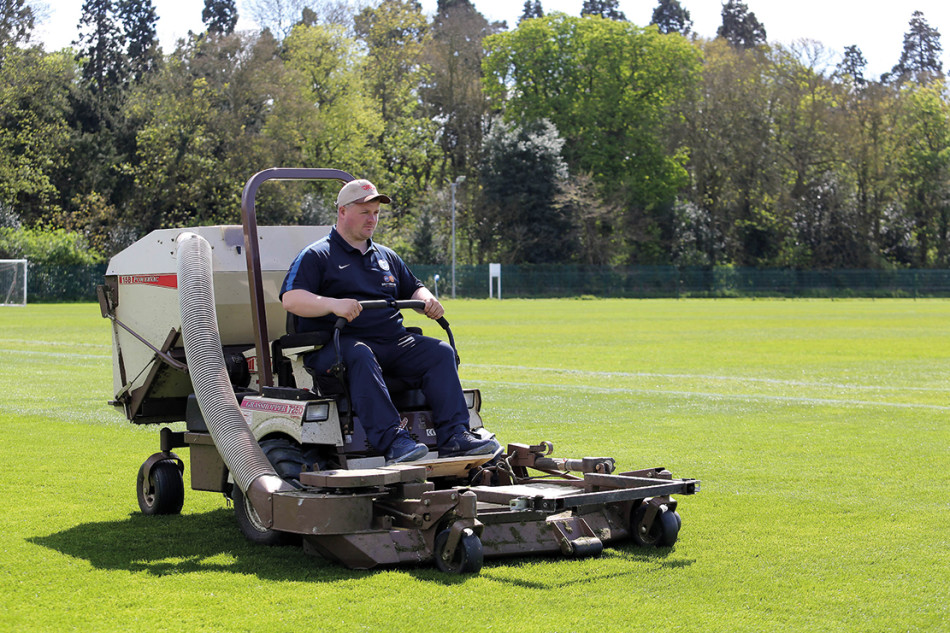 A boyhood fan of the 'POSH' for over 20 years, Rob has self-confessed to 'living the dream'. Having earned his 'stripes' within Cambridgshire since the outset of his working career, firstly for Huntingdon District Council before moving on to 'One Leisure', Rob has amassed an impressive bundle of qualifications that holds him in high-regards with his peers within the industry.

More recently, prior to his current position with Peterborough United FC, Rob was fortunate enough to occupy a role of 'Match-day Groundsman' at Wembley for just shy of four-years, so he brings with him a wealth of experience and motivation to cultivate everything that influences the playing surfaces at the 'POSH'.

Rob Bradshaw, Head Groundsman at the Mick George Training Academy said: "From the beginning, the objective was clear, to simply enhance the playing surfaces to improve playability. Structured maintenance regimes, organic product sourcing, and analysis programs have all contributed to the 100% upturn.''

Such courses consist of technical prowess that is over and above the understanding of general 'Joe Blogs'. From regular cutting, standard fertilising and verti-draining, right through to more complex drill seeding and scarifying procedures, Rob is doing all he can to keep the herbicides, diseases, Moles and Rabbits at bay, that have previously been an issue.

The Mick George Training Academy is home to the elite players at Peterborough United FC, from the 1st team down to youth. It comprises three full size sand based surfaces and various training grids, as well as a goalkeeper area. Future plans include a state of the art 3G pitch which will be open for community use.

The site is heavily used and averages around 9,000 minutes per pitch, which includes games and training. This is the equivalent to 27,000 hours over the three surfaces, during the season.

One of Rob's core motto's is that 'presentation is key to success', which he succinctly attributes to working 'locally'. From produce to equipment, Rob is keen to support those in and around him, as is everyone connected to the Training Academy in its entirety.

The Training Academy is more than just a football development hub' for which it was originally designed, it is also an Agricultural educational environment. Through work placements, the facility is committed to providing youngsters with an insight on the industry, offering practical and theoretical experience to college students and those with learning difficulties.