Campaigners say UK will miss almost all of its 2020 nature targets and young people want change. 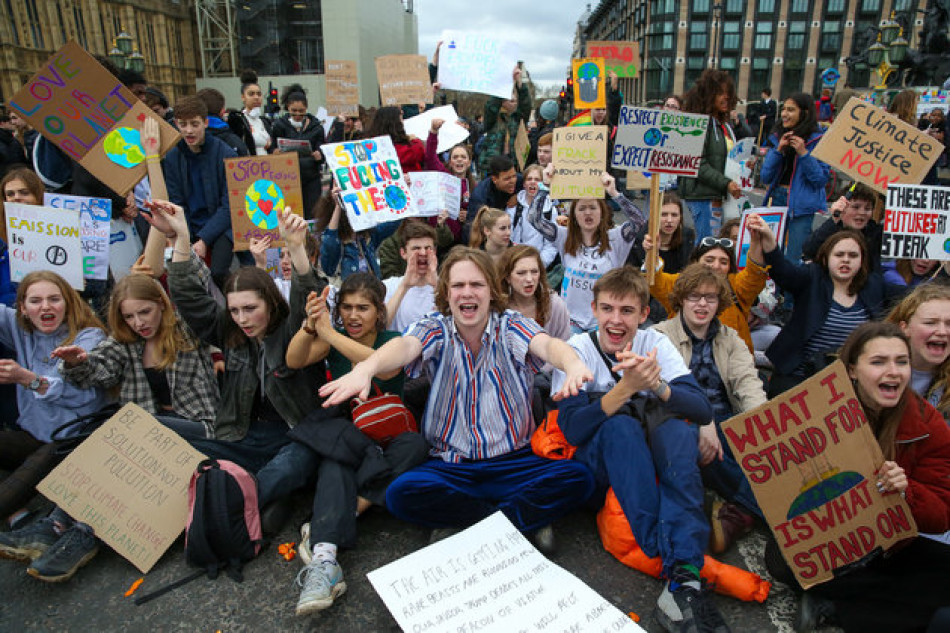 A national climate and environment emergency should be declared immediately, the government has been told.

Labour's shadow environment secretary Sue Hayman challenged ministers to make the announcement on Thursday, which would see the UK take drastic action on climate change after it emerged that the UK will miss almost all the 2020 nature targets it signed up to a decade ago.

It comes as schoolchildren have been marching in the streets calling for more to be done about climate change and as scores of local authorities pass emergency motions setting early targets for zero carbon.

The so-called Aichi biodiversity targets were set in 2010 by the global Convention on Biological Diversity (CBD). The joint nature conservation committee (JNCC) found earlier this week that the UK was making insufficient progress on 14 of the 19 targets.

The UK is failing to protect threatened species or end the degradation of land and is not doing enough to reduce agricultural pollution, the report found. It also said the UK is not ending unsustainable fishing or stopping the arrival of invasive alien species.

"We have heard that the UK is on track to meet only five out of the 28 biodiversity targets," Hayman told ministers from the Department for Environment Food and Rural Affairs, led by environment secretary Michael Gove.

"Will they today to commit to join with Labour in declaring a national environmental and climate emergency?"

Meanwhile hundreds of thousands of young people went "on strike" from school last month to protest against climate change.

The action was part of a much wider global movement, known as Schools 4 Climate Action.

It began with 15-year-old Swede Greta Thunberg skipping class to sit outside government buildings in September, accusing her country of not following the Paris Climate Agreement.

Since then, tens of thousands of children across Belgium, Germany, Sweden, Switzerland and Australia have been inspired to hold their own demonstrations.

The group's four demands are that the government should declare a "climate emergency", better inform the public, that the national curriculum should be reformed to include "the ecological crisis" and the age of voting lowered to 16.

The 2008 Climate Change Act commits the UK to reducing its carbon emissions by at least 80% by 2050, from 1990 baselines, but many want the government to commit to a legally-binding date for net zero emissions.

The government released its official greenhouse gas figures for 2018 on Friday, which show emissions falling 3% on the previous year.

Environment minister Thérèse Coffey replied that the government was "ahead of the game" with a 25-year plan published last year, which, she said, would see the Defra department alone meet half of the commitments of the Paris climate change accord.

Hayman said the answer was "a bit of a fudge", and added: "And I'd like to say Labour is going to bring this forward with or without the government's support, so will the gov think again in committing to a national environmental and climate emergency announcement and will they commit to meet the youth strike action for climate representatives."

Coffey did not commit to meeting any of the strike representatives but said Defra was "very happy to work with young people".

She said: "The Defra department actually will account for more than half of the commitment of the Paris Agreement, so I can assure her work is very much underway in improving the climate but also the environment. I think it is about actions rather than words."