0 MM60 is key for Leeds Rhinos

Ryan Golding, head groundsman at the Emerald Headingley Stadium - home to Leeds Rhinos rugby league and Yorkshire Carnegie rugby union clubs, believes that Limagrain's MM60 grass seed has been integral to the success of the pitch. 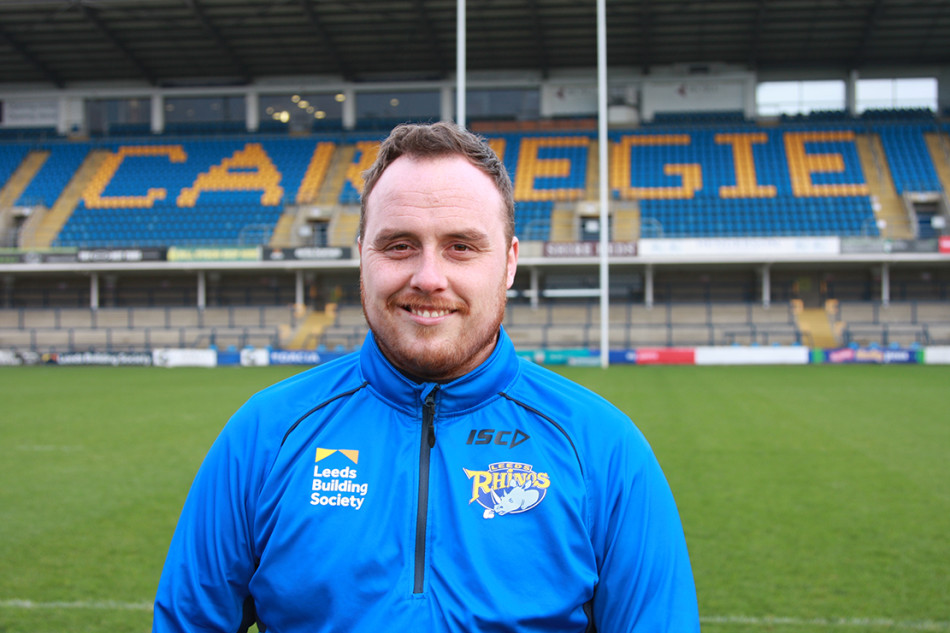 Ryan has been working at the stadium for fifteen years and has occupied the position of head groundsman for the last four. With two deputy's underneath him - Dan Connor and Leon Pearson - Ryan and his team tend to the stadium pitch, two first team pitches, four academy pitches, a 3G pitch and the Stanningley rugby league club - where the Rhino's academy teams play.

"On average with both first teams and academy games we host around 50 - 60 games," says Ryan. "In addition to that we also have under 19 games, community games, disabled rugby games, and also events. This year when in mid-season the pitch was transformed into a Bollywood film set as a 1930`s hockey pitch. It is a very intense work place and it never stops but it's interesting, challenging and enjoyable."

With such a heavy fixture list, renovations largely depend on available windows but Ryan tends to aim for June each year. However, where many groundsmen may have extended periods throughout pre-season, Ryan has as little as 26 days to get the pitch up and running again.

"Getting the right seed is key and that is why I use Limagrain's MM60," he says. "We had been with another seed supplier for a number of years, but I felt we needed a change to keep on improving. I looked into it and spoke with other groundsmen who use Limagrain and received nothing but excellent feedback.

"As a groundsman I'm very open to what I use and I don't mind taking a risk but I'll do my research first. Before I did anything I got some samples of MM60. We trialled it in a tough area in the North East corner which is consistently in the shade and we saw great recovery rates."

Limagrain's MM60 grass seed is renowned for producing an excellent playing surface in a stadium environment. It is a 100% Ryegrass formula which is perfect for renovation and divot repair, has a high disease resistance, fantastic aesthetic qualities and offers extremely fast germination - which is boosted by the inclusion of Headstart® GOLD. Developed using the latest scientific findings and field experience, it is a natural revolutionary grass seed treatment that ensures rapid germination and is perfect for enhancing performance on grass seed coatings for sports fields, golf courses, lawns and amenity turf.

"The germination is incredibly fast and I've noticed a particular improvement in the centre spot," says Ryan. "You would not believe the hammering that area gets. A lot of the time you find that kick off's go straight out which means that there are scrums straight over the centre spot. It was always a problematic area in the past but MM60 has made a noticeable improvement especially when combined with sheets and lighting rigs.

"I've also noticed that it doesn't fray the leaf edge when compared to our previous seed so we tend not to get as much disease - we hardly encounter any leaf spot as a result from stress and there is no yellowing of the leaf either.

"I think my priorities have changed as I've got older and wiser. It's all very well wanting the pitch bright green throughout the year but you are stressing the pitch in doing so and is it really needed for a game that isn't televised? I'm not so sure. For me, aesthetics isn't my priority sometimes, it's all about the recovery and germination and MM60 provides me with this."