0 MM60 the top tip at Cheltenham 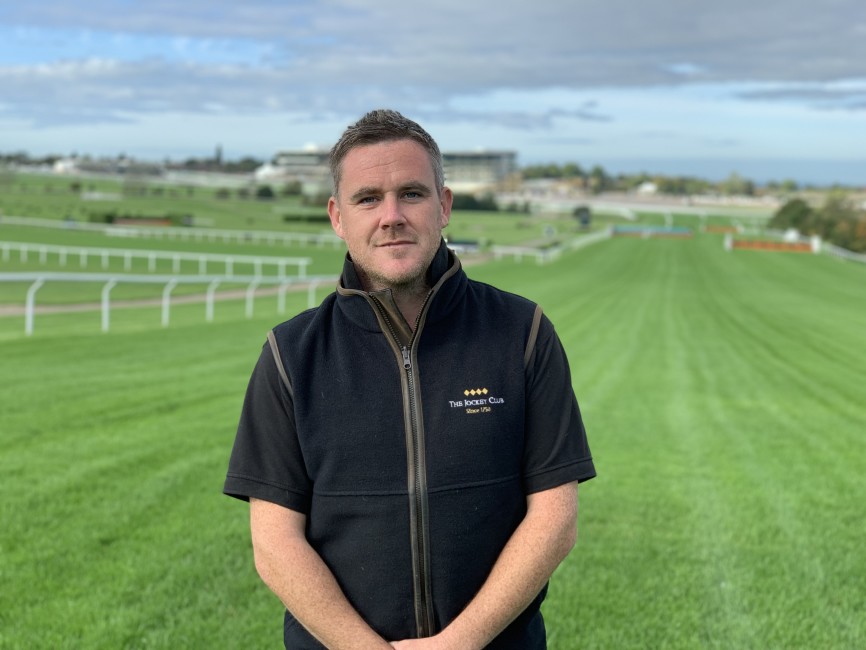 Ben started in the industry as a greenkeeper but from a young age his passion was always horse racing. It was for this reason that while working at a golf club, he volunteered his services to Warwick and Stratford racecourses.

His persistence paid off and in 2006 he was rewarded with a full-time job at Cheltenham Racecourse. Thirteen years later and Ben is the Head Groundsman overseeing eleven full-time members of staff.

Throughout this time, Limagrain's MM60 has always been the seed of choice for the course. In fact, MM60 has been relied on at Cheltenham for over 25 years and Ben recalls a rigorous seed trial early in his tenure when MM60 proved exactly why it has been the number one choice for so long.

"I remember when I first started in 2006, we did a trial on the highest part of the track," said Ben. "In this trial we tried to work out the best seed for us because the climate at Cheltenham can be a little bit different to everywhere else - the highest point of the track gets very windy and it can get incredibly cold.

"We trialled 8-10 different mixtures in which we did lots of various tests in numerous conditions. We found that the MM60 was by far the best for what we needed, and we haven't looked back since then."

Limagrain's leading MM60 winter sport mixture is a 100% ryegrass formula which is perfect in Ben's quest to achieve consistency throughout the whole course. A strict regime of scarifying and overseeding during renovations has been key according to Ben. 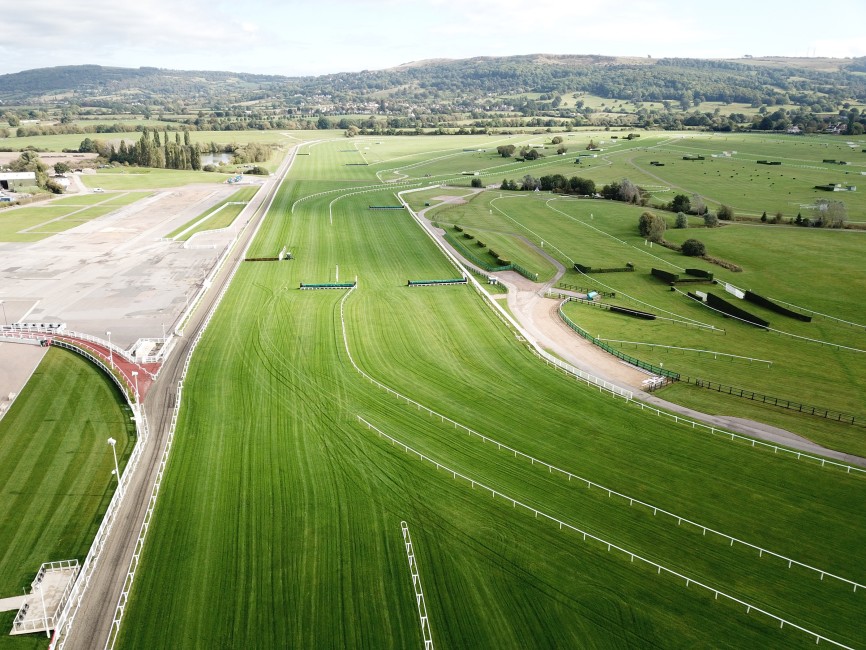 "The one thing I want from the racecourse is consistency and my ultimate goal is to see a blend of ryegrass all the way through the course without any fescues or bents. Obviously, annual meadow-grasses are particularly hard to control but we now have a racecourse that has approximately 95% of pure ryegrass. This has been largely thanks to scarifying and overseeding at the right times.

"Doing this consistently over the years has resulted in the ryegrass holding up more than it ever has, it is helping with disease, helping to keep moisture in there where it is needed, helping the recovery rate and it is also providing a better coverage which makes the course look so much better."

Ben and his team start this process immediately after the last race meeting in May and they carry out the same programme across all three racecourses - the Old Course, the New Course and the Cross-Country Steeplechase Course. After the rails and hurdles have been removed, the turf will be cut from its racing height of 4.5 inches down to 2 inches. It is at this point that the scarifying begins, and this can take approximately a month.

When it comes to overseeding, Ben admits that it is a question of judgement and can depend on the climate and identifying the areas which need it most. As you would expect, the take-offs and landings experience the most amount of damage and these areas are constantly repaired throughout the race season.

"We have a team of 40 'treaders' on a race day," said Ben. "They will apply a mixture of soil and MM60 seed which will be put down with a trowel. This ensures that every single horse hoof print is filled in, levelled and that the germination process starts early."

Germination is something that the MM60 excels in thanks to the inclusion of Headstart GOLD® - a revolutionary grass seed coating that ensures rapid germination and catalyses incredible growth speeds. The seed also has a high disease resistance and fantastic aesthetic qualities - all of which have impressed Ben.

"You know with MM60 that you are going to get great growth and the colour is brilliant. Because we are predominantly a winter sport, we need germination at low temperatures and I know that the MM60 will still be growing even if soil temperatures are 5 or 6 degrees when we are racing in December or January.

"It is a great product and the health of the turf it produces is better than anything I have seen before."

Pitchcare are an appointed distributor of the Limagrain MM range of seeds. Visit the Pitchcare Shop to view the full range