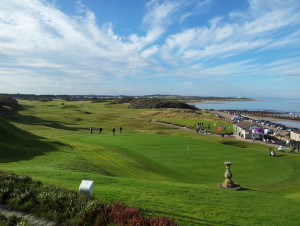 Moray Golf Club in Lossiemouth has launched the first of three whiskies to celebrate its association with an extraordinary trinity of the UK's most respected prime ministers. The first Speyside single malt to be released as part of the Founders' Legacy Collection pays homage to Ramsay MacDonald; the UK's first Labour premier.

The 127-year-old club, which has a life-long association with the malt whisky industry, instigated the initiative to coincide with the centenary of MacDonald's expulsion from its membership due to his opposition to World War I. His dignity intact, he later refused an invitation to rejoin the club when he achieved the highest position in the land.

The 21-year-old whisky, of which only 100 have been produced, is aptly named Exclusion. "Ramsay MacDonald was one of the greatest politicians of his era and a famed son of Lossiemouth," explained John Thomson, captain of Moray Golf Club, which hosted this year's Aberdeen Asset Management Scottish qualifier. "In what is a special year for Moray Golf Club and politics generally, we thought it would be appropriate to mark his political contribution and his association with the club with a special whisky."

Ramsay MacDonald came from a working-class family, growing up in the idyllic Morayshire surroundings of Lossiemouth. A distinguished thinker, he was mercilessly attacked by the press for his opposition to the Great War, but went on to hold the top job on two occasions; the first in 1924 and again between 1929 and 1935. He was also an avid golfer and key figure in Moray Golf Club's venerated history. 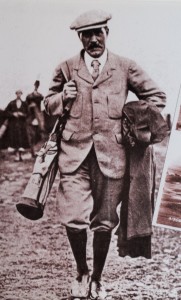 Holidaying in nearby Grantown-on-Spey at the time of the expulsion, George Bernard Shaw wrote; "My business is to visit Lossiemouth… a place which has simultaneously produced the best Prime Minister of my time and the most stupendous collection of golf snobs known to history. Both should have a monument there."

Thomson continued: "His political life was colourful, prolific and admired, but he was also a great sportsman and a long-standing and sometimes prize-winning member of Moray Golf Club. It is this we would like to celebrate with the latest addition to the Founders' Legacy Collection."

MacDonald wasn't the only notable figure to leave his mark on the club which overlooks a beautiful stretch of the famed Moray Firth coastline. For instance, the club's Old Course was laid out by Old Tom Morris in 1889 while the tighter New Course was fashioned by three times Open Champion Henry Cotton.

On the political front, MacDonald was one of three prime ministers to develop ties with the club, which is placed number 34 in Golf World's Top 100 Scottish golf courses. Arthur Balfour (Conservative, 1902-1905) and Herbert Asquith (Liberal, 1908-1916) also held the premier's post, but equally regaled in playing the links at Moray. In fact, the club's records show that all three played together on at least one occasion.

"It is unusual to have three noted prime ministers from the extremes of the political spectrum play such an important role in your club's history. It certainly adds to the mystique of the place," says Thomson. "It would be amiss of us to ignore our incredible past and we feel that by honouring our connection with 10 Downing Street with these very special whiskies, the club is marking that association in a unique and fitting way."

Exclusion, which is a single Speyside malt aged for 21 years and described as having "hints of exotic fruits with defined citrus notes," is available exclusively at Moray Golf Club. It will be joined by two further releases each dedicated to the legacy of the country's famed leaders who played golf overlooking the Moray coastline.