by Football Foundation
in Synthetics and Football
on 03 Sep 2018 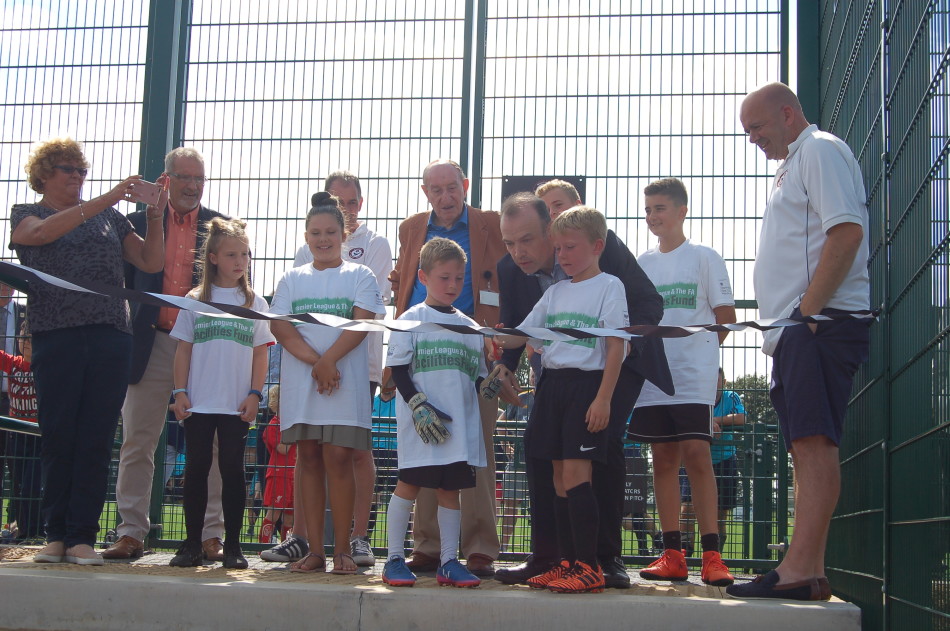 The grant enabled Moulton FC, who play at Step 7 in the Northamptonshire Combination League, to install a brand new FA standard full-size, floodlit 3G AGP at the club's Brunting Road site. Unlike some of the existing grass pitches, which cannot support back-to-back fixtures and become unusable during the winter months, Moulton FC's new pitch is available all-year-round and will facilitate increased playing demand.

The pitch has been installed with floodlights, enabling increased playing capacity thanks to it being usable in the evenings. Local teams Earls Barton FC, Kingsthorpe Jets FC, Parklands FC and Mawsley FC will all benefit from the new pitch, as well as the Northampton and Women Girls League, which will use the site as a central venue.

As the principle disability football provider in the local area, Northampton Town Football in the Community Trust also plan to use the site to deliver monthly sessions. The Trust will work in conjunction with Northamptonshire County FA's Disability Officer to develop provision to help increase participation by people with a disability.

The grant enabled Curzon Ashton FC, who currently play at Step 2 in the National League North, to improve their existing community 3G AGP, bringing it up to current FA guidelines for 3G AGP Design Principles and Pitch Layout. The new pitch supports 11v11, 9v9, 7v7 and 5v5 pitches and is FIFA Quality accredited.

The original pitch was completed in 2006 alongside work on the club's Tameside Stadium, with both part-funded by the Football Foundation and Football Stadia Improvement Fund. Due to its age, the pitch was in a very poor state of repair and no longer met the required FA criteria.

Refurbishments made to the pitch, which sits adjacent to Curzon Ashton FC's stadium, will provide extended community use through a variety of the club's own programmes, as well as wider community organisations. The Tameside School Games Programme, Tameside College, Walking Football and the East Manchester Junior Football League will all also benefit from the upgraded facility.

The installations were made possible thanks to investment from the Premier League & The FA Facilities Fund, which is delivered by the Football Foundation.