Following on from Toro's success at The Drift Golf Club in Surrey, Toro arrives at Badgemore Park Golf Club in Henley-on-Thames, its sister club, for the first time. 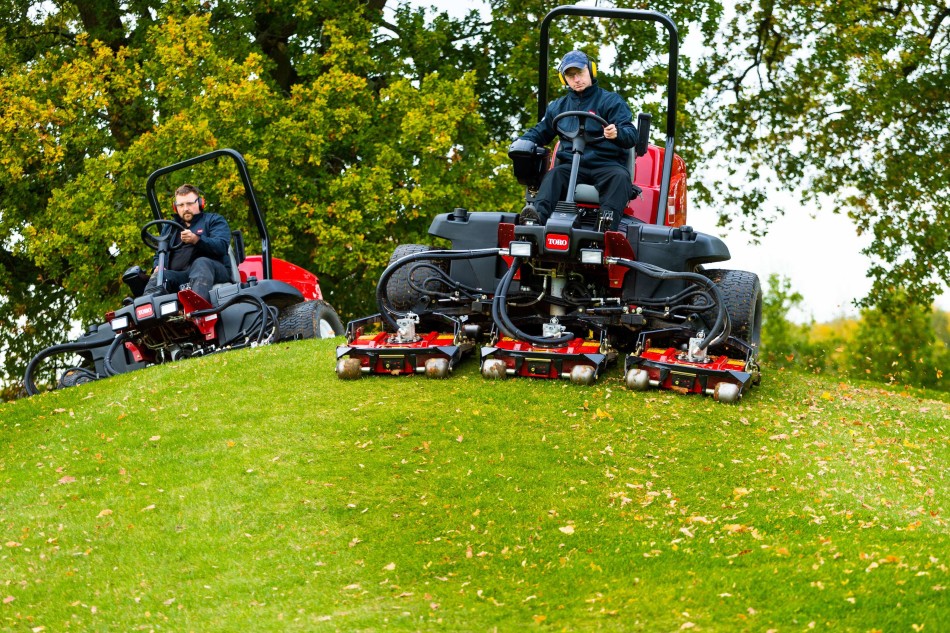 Since it was founded in 1972, Badgemore Park has operated a like-for-like machinery replacement plan and never benefitted from the advantages of having a comprehensive machinery fleet, until now.

For the last 20 years course manager Lindsay Anderson has wanted that to change and now's the time, with the club choosing Toro for its first ever fleet package deal.

"We've undergone a lot of development at the club recently," says Lindsay. "Making changes with new greens and tees and re-developing all the bunkers. Investing in a complete Toro machinery package is part of a massive investment in the club and another step in the right direction to improve the course, completing our five-year plan of course improvements in time for our 50th anniversary in 2022."

And it was a very thorough process for Lindsay when it came to choosing a new equipment provider. "We had demonstrations from a few brands and asked around other golf courses for recommendations," he says. "It became clear fairly soon that Toro was the way to go. Toro is renowned in the industry as being the best and the demonstration cemented that."

"It's just fantastic. We have a massive aeration programme proposed for the next six months so it's going to get a lot of use and I know it will be up to the task. It's a real quality piece of engineering built for ease of maintenance and ease of operation. Plus, it's durable and reliable.

"In fact, all the machines are, which makes my job easier on a daily basis. I'm no longer constantly answering the phone to members of the greenkeeping team and having to run to fix issues with the machines, and that's had an effect on us all. We've all got confidence in the machines and it's really boosted morale and productivity."

Of course, committing to one machinery brand usually means a change in dealer with Reesink being keen to demonstrate to Lindsay how it offers its customers more.

Reesink sales manager Robert Rees soon made the introductions for Lindsay with his local Toro service centre, CTH Engineering, which reassured Lindsay about the backup service available. He says: "I was unsure where we would go for our servicing if we switched brands, but Robert was great. He put me in touch with another local dealership that dealt with Toro machines and discussed the whole thing in detail which cleared up the concerns I had. And the backup to date - well there have been no issues."

But when it comes down to it, what has impressed the team and members of the club alike most are the results seen across the course.

"The quality of cut is incredible," concludes Lindsay. "Within a month members were commenting on the quality of the playing surfaces having improved."

This is no surprise considering The Drift experienced a similar improvement in both the aesthetics and quality of the playing surface too!