A youth football club will have to spend money set aside for kit on remedial works after yobs rode motorbikes across its pitches. 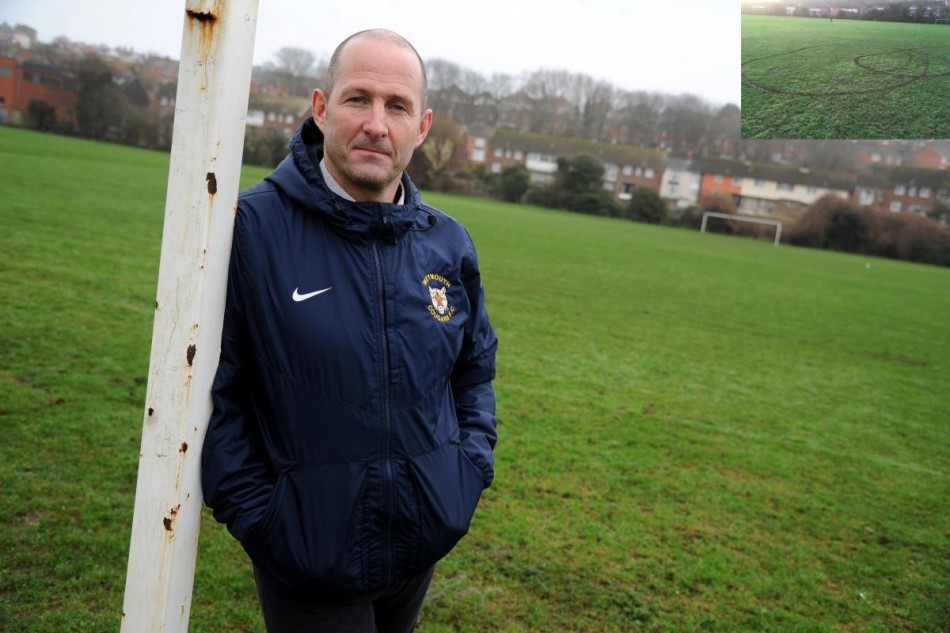 Andy Harris, chairman of Weymouth Cougars, at the Marsh playing fields where motorbikes have been tearing up the pitches. Picture: Finnbarr Webster

"They've done quite a lot of damage. The motorbikes have churned the pitch up significantly," said Andy Harris, chairman of Weymouth Cougars.

"It has a huge effect on us. We are a group of volunteers, Weymouth Cougars is a not-for-profit organisation, any money we have is hard earned through fundraising or subs paid by parents. This has hit us massively in the pocket and will affect our ability to provide football for the community. It's going to come out the budget, which we didn't account for."

"We will have to spend time and money fixing the pitches that could have been spent on kit, facilities and equipment."

Mr Harris also said 'irresponsible' dog owners have been letting their pets off their leads and some have been defecating on the pitches where the children play.

He said: "There's a running issue with dog fouling, it's a real problem. You get two types of dog walkers - those who are conscientious and keep their dogs on leads an those who are irresponsible, who let their dogs run free and foul on the pitches." 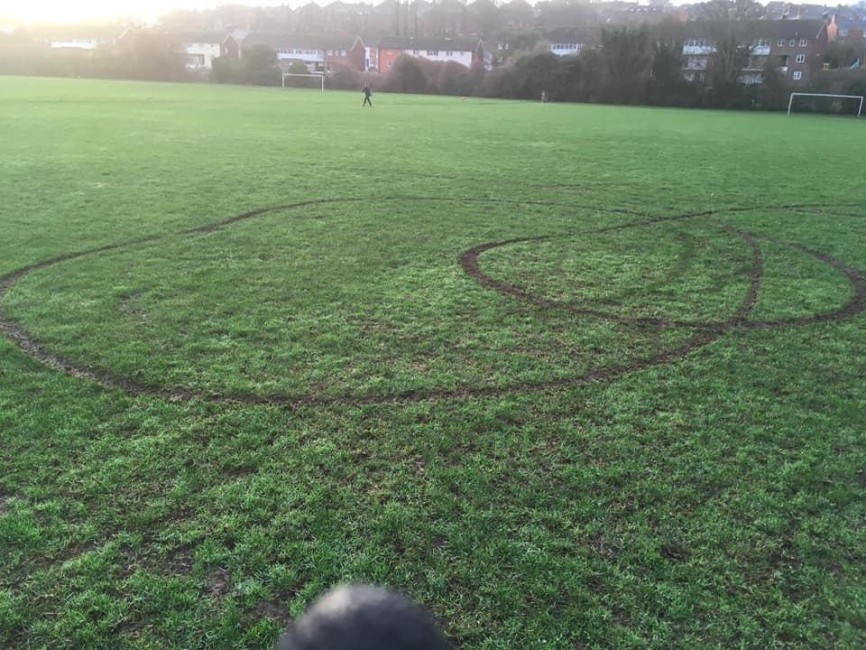 Large tracks have been left by yobs on motorbikes at the Marsh playing fields in Weymouth. Picture: Weymouth Cougars

"We're all aware of the dangers of dog faeces and what it can do if it gets in your eyes or ingested."

"Dogs should be kept on leads. The dog warden has put up signs down there."

"There's plenty of areas where people can walk their dogs. I want to reiterate the majority of dog walkers are responsible, it's just the minority who give them a bad name by allowing their dogs to roam onto the pitches."

Mr Harris said children have been playing in cordoned off goalmouths on the site too.

The damage by motorbikes was caused overnight on January 5.

He said: "We appreciate if the goals are there children will want to play with them. That's great, we welcome that, however, our groundsman had cordoned off a goalmouth with rope to encourage people to play elsewhere.

"People pulled the rope and stole the tools holding them in place."

He added: "People need to think before they act."

You can read the original article from the Dorset Echo HERE