A STALWART of the East Lancashire cricket scene - who has served in every role from star bowler to groundsman - is winding down after a 62-year innings. 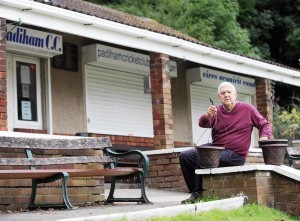 Known as 'Mr Padiham', Brian Shirtcliffe's association with The Arbories club dates back to 1952 but he is stepping down at the age of 75, having served as everything from slow left-arm on-spinner to chairman, president, treasurer and groundsman.

He is even known for dressing up as Father Christmas to give presents to youngsters at the club's Christmas parties.

He was a part of the Padiham side which clinched the Ramsbottom Cup for the first time in 1973, taking three wickets for 29 runs and pocketing two catches.

In his final season this year, Padiham just missed out on promotion to section A of the Ribblesdale League.

And Brian, of River Drive, who grew up in Ingham Street, has two Ribblesdale League triumphs to his name, in 1960 and 1966.

But it still remains to be seen whether he will relinquish control of his treasured wicket in retirement - despite training up his 'partner-in-crime', Ian Burrows, as a fellow groundsman.

Once the Padiham ground had a notorious name for the unreliability of its wicket - so Brian sought advice from the groundsman at Old Trafford.

The sage words of the Lancashire County Cricket Club expert eventually led to the transformation of the Padiham strip, which he has built up with loam to be the envy of rival clubs.

For the full article from Lancashire Telegraph click here.