The Grounds Management Association (GMA) has announced that SALTEX Operations Director, Derek Walder, also known as 'Mr SALTEX', will be the third inductee into its industry Hall of Fame. 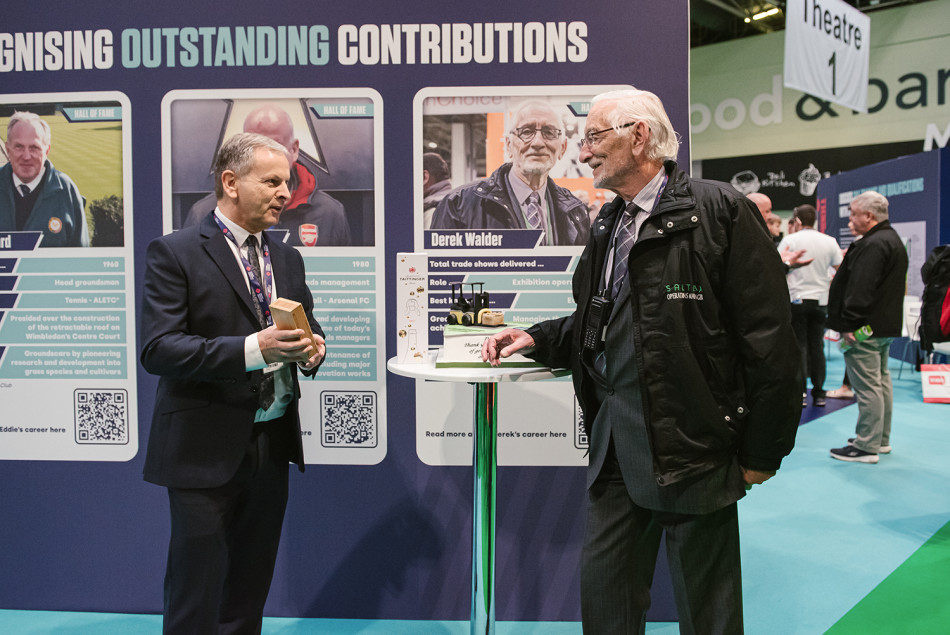 This latest honour, the most significant gesture of appreciation the GMA can award, follows Derek's Institute of Groundsmanship (IOG) Lifetime Achievement Award in 2014 and is being awarded to Derek as an acknowledgement of an illustrious career in the industry spanning more than half a century.

Derek's career has seen him involved in many corners of the groundscare sector, including 26 years as the grounds manager at Wimbledon Football Club's training site during a legendary period in the club's history which involved working alongside the notorious group of Wimbledon players known as the 'Crazy Gang'.

Derek first got involved in SALTEX operations in 1970 as one of many members dedicating their own time in order to ensure SALTEX was a success. His time involved in SALTEX has seen him deal with many important moments in the show's history, like when the show moved from outdoor venues to an indoor one and, most recently, the challenges posed by the Covid-19 pandemic and ensuring the safety of visitors at this year's show. This year, marks his 40th delivery of the annual trade exhibition.

His induction into the GMA's Hall of Fame means that Derek is just the third inductee, joining legendary grounds managers, the late Eddie Seaward MBE, former Head Groundsman at the All-England Lawn Tennis Club and Steve Braddock, Head of Grounds Management at the Arsenal Football Club training centre. His award represents the many crucial roles being played behind the scenes that keep the sector, and its events, running.

"Our Hall of Fame recognises outstanding contributions to the industry and Derek's achievements go far beyond turf management by bringing together the groundscare sector successfully under one roof year on year. Derek has shown unswerving dedication to the success of SALTEX, and this award is richly deserved."

"There's no 'i' in 'team'; I am surrounded by a great bunch of people who consistently commit 100 per cent to the show. I've been delivering SALTEX for a long time, but at the end of the day we've got a good team and that's what makes it a success."