0 Mud, plastic and grass: the evolution of the football pitch

UEFA examine how technology is helping pitches, and tactics, evolve at a rapid rate. 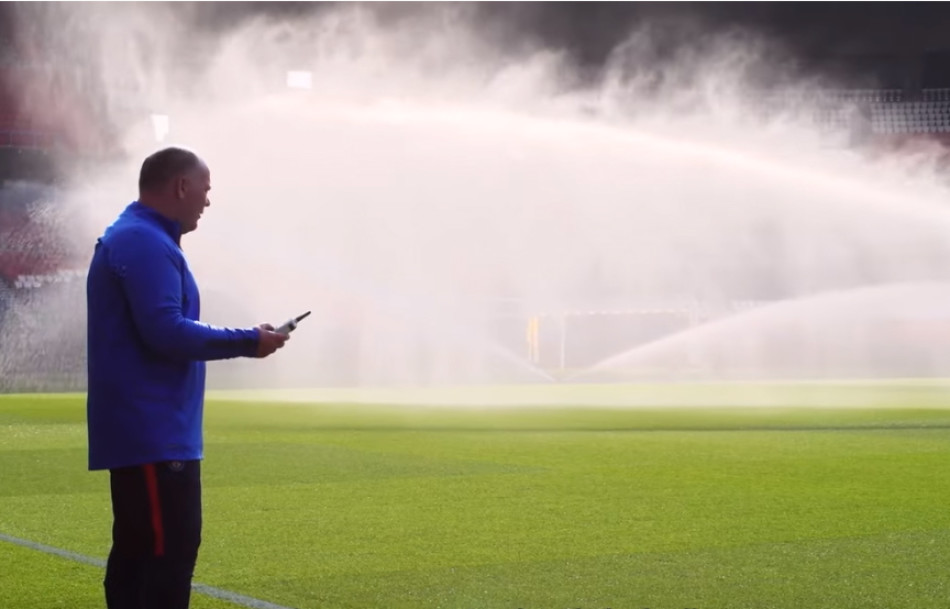 When you think of an elite level football pitch, the chances are these days you think of a lush, green carpet-like surface, regardless of whether the sun is shining or there is snow in the air.

Such is the improvement in surfaces in recent years that it seems hard to remember the days of wintry mud baths or dusty goalmouths, but that was not so long ago. Enhancements to pitches have unquestionably led to revolutions in the way football is played at the top.

"Today's top-flight football game is played at a much higher pace than 30 years ago - helped, in part, by the back-pass rule, which was introduced in 1992, but largely because of the massive improvement in the pitches," wrote Manchester United's long-serving former manager Sir Alex Ferguson in his book, Leading. "These have given today's players spectacular stages on which to perform. As a result, I would wager today's players run 15% more than those who turned out in the 1960s."

It is hard to argue with Sir Alex's view. Indeed, Jonathan Calderwood, grounds manager at Paris Saint-Germain, has a similar outlook having started in football 25 years ago.

"Back then, all you did was prepare the pitch as best you could, and that was it," he explains. "You'd just cut it, mark it out and make it look the best you could - no questions asked. Now, it's all about trying to keep the players on the pitch and give the coach the type of pitch he wants for whatever type of football he plays."

"It's all about how quick the pitch is, how much water is on there, the height of the grass, how hard or soft the pitch is, the traction on the pitch - whether players slip over - and so on. Even a bad bobble can cost a club tens of millions." 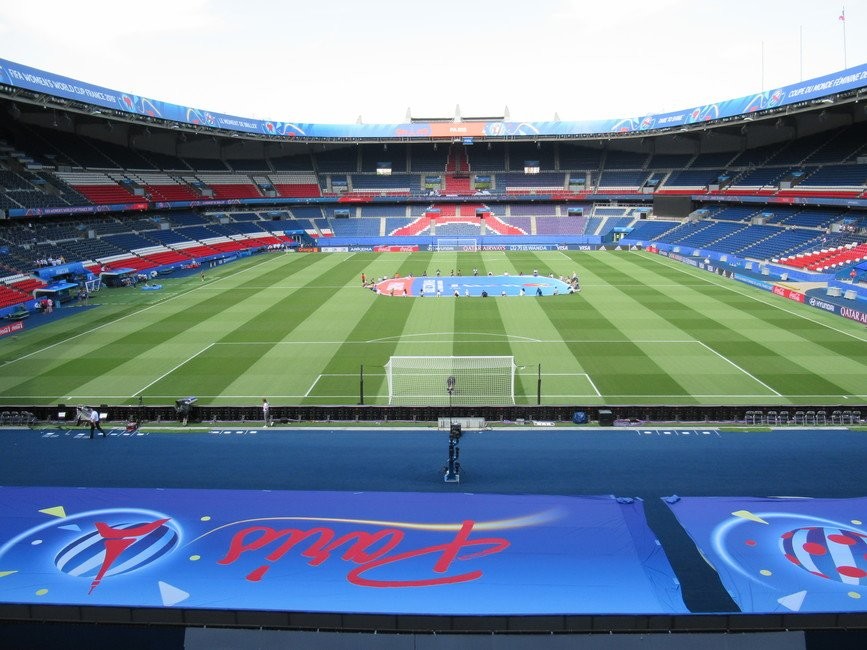 From pig sty to plastic

This search for pitch perfection is a relatively new phenomenon. When Bill Shankly became manager at Liverpool in 1959, he asked the Anfield groundsman where the watering facilities were and was told they had none.

In that era, clubs would use braziers and flame throwers to try to melt the ice on frozen grounds. Another English club, Halifax Town, even responded to the 'Big Freeze' of 1963 by opening their pitch up to the public as an ice rink.

Early experiments with synthetic surfaces came into the English game in the 1980s, when Queens Park Rangers and Luton Town became the first clubs to host top-flight football on plastic pitches in a major European league.

Two other lower-league clubs, Oldham Athletic and Preston North End, followed suit, although by the time Oldham won promotion to the top flight on a 2G plastic pitch in 1991, the rules had changed and they had to revert to natural grass. Developments have taken us a long way since. 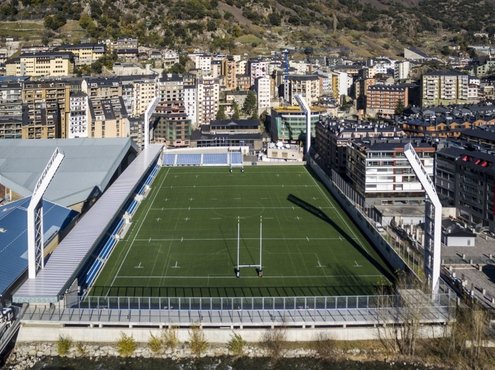 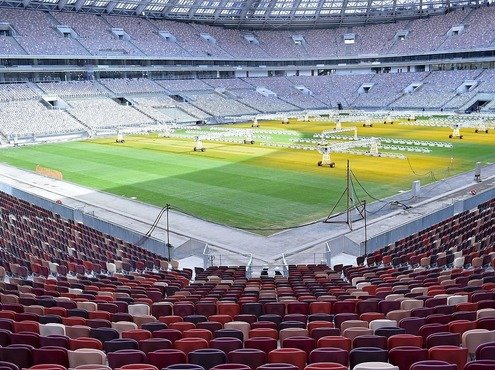 Today, Andorra play all of their UEFA European Championship and FIFA World Cup qualifying games on a 3G surface at Estadi Nacional, while across the continent, advanced plastics are becoming a regular fixture as part of a new hybrid surface.

At the Parc des Princes in Paris they have a Desso Grassmaster pitch containing 3% plastic polypropylene fibres, which gives added stability to the pitch.

"There's 180mm of it sitting below the surface and 20mm sitting above the surface," Calderwood explains. "So the whole synthetic fibre is 200mm long, and that is stitched every 2cm apart. That makes it a reinforced pitch, with the natural grass roots growing around these synthetic fibres."

It may make up a small percentage of the playing surface, but the plastic fibres weigh somewhere between six and seven tonnes in total.

Clubs continue to innovate on pitch maintenance and stadium infrastructure. Tottenham Hotspur's surface at their new home is actually three separate surfaces, which roll beneath the seating to reveal an artificial NFL surface beneath. The three turf trays then roll back out into the arena and slot together for the football without any damage to the pitch. 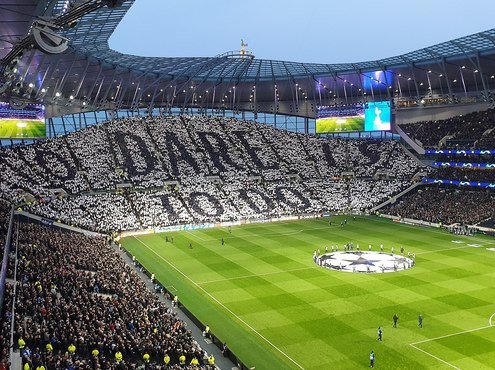 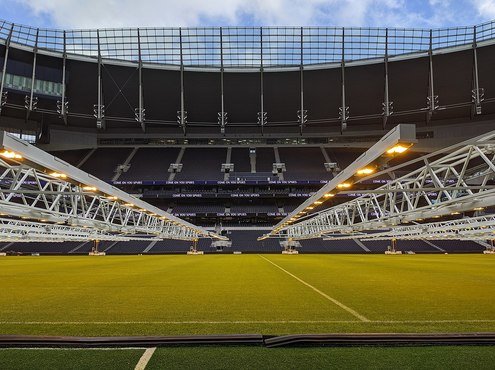 "The maximum length of ground shall be 200 yards, the maximum breadth shall be 100 yards."

Thus, the dimensions of the football pitch - decided in 1863 at the founding meeting of The Football Association - were set out in the first printed version of the complete Laws of the Game. In metric measurements, this means 183m by 91m.

By any measure, this was an astonishingly loose regulation, allowing pitches to vary considerably in size. A subsequent amendment in 1897 stipulated that pitches should be 91-119m long and 46-91m wide, albeit with greater precision required for international matches (101-110m long and 64-73m wide).

Today, the regulations governing UEFA's competitions allow for fewer surprises, with pitches required to be 100-105m long and 64-68m wide. This ensures - no pun intended - a more level playing field.

Other regulations are also in place to uphold integrity and consistency. The height of the grass "may not, in principle, exceed 30mm" in any UEFA game, with an even height to be maintained across the pitch. That means no sending long balls into the corners where it can be held up by longer grass.

There are also detailed specifications regarding the watering of pitches, with regulations stating: "The pitch must be watered evenly and not only in certain areas. As a general rule, pitch watering must finish 60 minutes before kick-off. However, upon decision of the home club, pitch watering may also take place after that time, provided it takes place: (a) between 10 and 5 minutes before kick-off, and/or (b) during half-time (for a maximum of 5 minutes)." 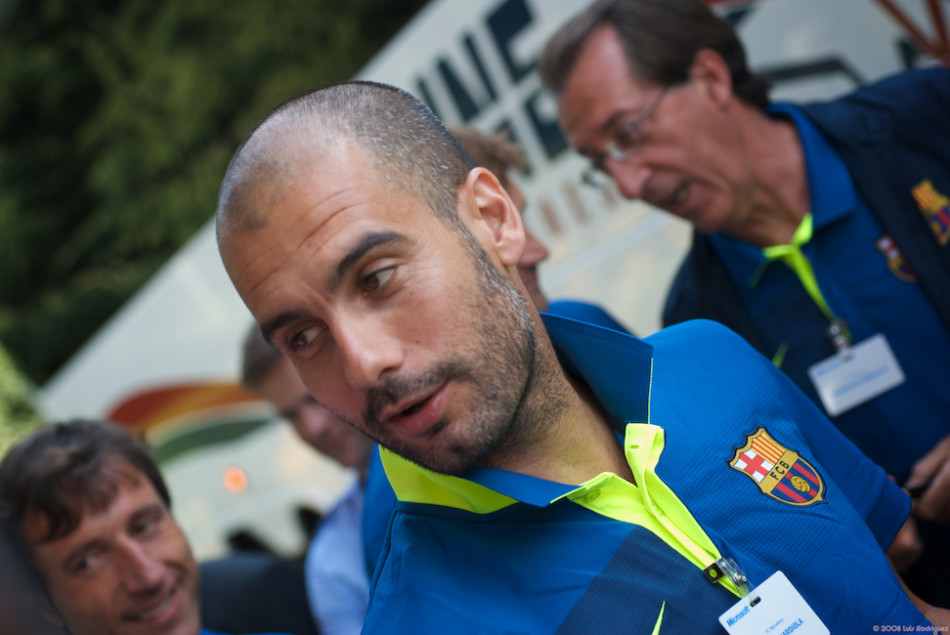 One club where pitch watering has been as integral to the team's culture as their pre-match anthem is Barcelona.

"When Johan Cruyff was managing Barcelona, he'd be on the pitch the day before the game with a device to measure the moisture levels. He even insisted that the turf be clipped to a particular height," recalls Sir Alex.

Prior to their 1994 UEFA Champions League final against AC Milan in Athens, opposition coach Fabio Capello refused a request from the Catalan club for the pitch to be watered, and the Italian's logic was clear: why allow the Dream Team a slicker surface on which to play their scarily swift football? After all, watering the grass close to kick-off is all about increasing the speed at which the ball skims over the surface.

Indeed, during Josep Guardiola's time as coach at the club (he had played under Cruyff), the groundsman would even enter the dressing room at half-time, armed with an up-to-the-minute local weather forecast, to consult the captain and a member of the coaching staff on how much watering was required during the interval.

This leads us back to that first intriguing point from Sir Alex about today's pitches. Their impact on the way the game is played is clear for all to see.

Their speed and smoothness are integral to the basketball-style spectacle that is often witnessed in matches marked by lightning-quick counterattacks.

It is difficult to imagine Guardiola implementing his tiki-taka approach successfully on the boggy pitches of previous years, or Liverpool's high pressing, combined with overlapping full-backs, being particularly effective on those plastic pitches of the 1980s, where one long ball and unexpectedly high bounce could bamboozle even the toughest defences.

Coaches continue to innovate, with a current preference for expansive and attacking football among Europe's elite no doubt aided by the consistency and reliability of top-level pitches. As technology continues to evolve, it will be fascinating to see the effects it has on the game we all love.