by Football Foundation
in Football and Synthetics
on 16 Mar 2019

HRH The Countess of Wessex GCVO officially opened the doors to The Beacon of Light. 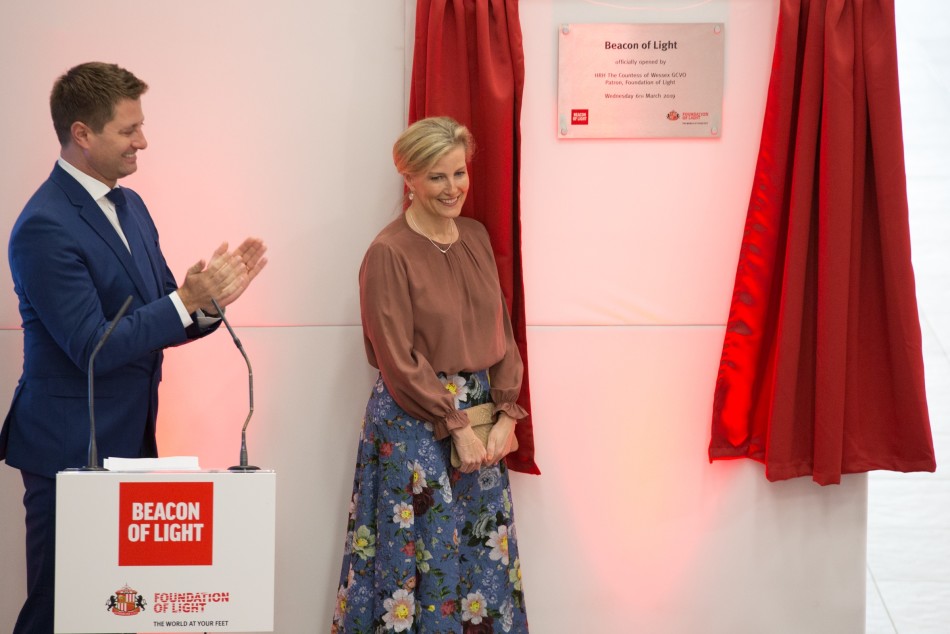 The multi-use facility, which is the first of its kind in the country, not only houses the Foundation of Light charity, but is also a sports, health, education and events space for all to use.

The Beacon of Light was made possible thanks to investment from the Premier League, The FA and Government, through their charity, the Football Foundation.

After the Foundation of Light netted a £2m grant from the Football Foundation, work begun on the site in October 2016. The new sports, community and education facility sits adjacent to the Stadium of Light and is located within one of the most disadvantaged wards in Sunderland.

The building has been split into four zones of Education, Health and Wellbeing, Sport and Play, and the World of Work. The Foundation of Light will operate the facility to engage young people and their families, via football, to deliver personal development activities to enhance skills, motivation and career opportunities.

Durham FA worked alongside the Foundation of Light to provide a route to organised football for young people participating in the various social and education initiatives led by the charity. It is anticipated that within the next five years up to 78 small-sided teams per week will use the facility.

Lesley Spuhler, CEO of Foundation of Light, said: "Thank you to Her Royal Highness The Countess of Wessex for officially opening The Beacon of Light. We are delighted that Her Royal Highness has been supporting us in her role as Patron since 2003. We're also very grateful to the Premier League, FA and government who, alongside the other Beacon of Light partners, have made this project a reality and made elite sporting facilities accessible to grassroots clubs and teams across the area."

Paul Thorogood, Chief Executive of the Football Foundation, said: "The support of the Premier League, The FA and government enables the Football Foundation to help improve community sports facilities like this one across the country. Their funding has played a key role in delivering the Beacon of Light in Sunderland and I am delighted for everyone associated with the Foundation of Light.

"This is one example we want to make people in Sunderland aware of, that they have the kind of quality pitches and changing rooms that are taken for granted in other counties. We will continue to support projects nationwide, but we cannot do this on our own, so we are encouraging organisations in the area to join our movement to deliver quality football facilities for people in Sunderland once and for all.