"This is not about cutting services. On the contrary, we want to get more people into golf and to do that we have to listen to people"
Councillor Mullaney, Birmingham City Council

There has been a lot of press coverage about the current state of golf in the UK, with reports claiming that clubs are losing members, money and, in extreme cases, being sold off. It all appears to be doom and gloom and, certainly from some of the horror stories we are hearing, not unsubstantiated.

So, what has gone wrong? Is it simply the current economic climate? Perhaps golfers just don't have the time to commit to playing regularly and, therefore, see their annual membership fees as an expensive luxury? Have golf clubs marketed themselves properly to realise the potential of course and clubhouse? It probably all seemed very simple in the boom years of the nineties but, now, with the growth of 'pay and play', where golfers can experience a wide range of courses at the fraction of the cost of annual membership at one club, have they missed out on the potential that golf offers?

In truth, it is a mix of all the above, and it's not just the private sector that is struggling. Many council operated courses are going through the same issues. One such council currently reviewing its 'golfing experience' is Birmingham City Council, who control seven municipal courses in and around Birmingham; six 18-hole courses - Boldmere, Cocks Moors Woods, Hatchford Brook, Hilltop, Lickey Hills and Pype Hayes, and one 9-hole, Harborne Church Farm.

Last year, Birmingham City Council auditors declared that a number of their courses were running at a loss and one, Hilltop, even faced closure. The council were keen to look at ways of securing the future of these valuable assets. One option being considered is to lease the courses to private developers or companies who are geared up to manage them successfully.

There has been significant interest to date, with over sixty companies showing interest, ranging from PGA Golf professionals, golf course operators, leisure companies and a small number of not-for-profit trusts, putting forward business plans for the city's municipal courses.

Councillor Mullaney (Lib Dem, Moseley and Kings Heath) said: "The review is still ongoing. But, one of the initial findings has been that we need to reduce our charges. We've listened to what people have been saying and decided to reduce green fees."

A £2 across the board reduction has been implemented and, whilst this may be a short-term fix, it is a step in the right direction, but only if playing numbers increase.

"As part of the review, I've visited our courses across the city" continued Councillor Mullaney. "And, I have to say, I've been really impressed with the quality of the courses."


"This is not about cutting services. On the contrary, we want to get more people into golf, and to do that we have to listen to people." Even so, the council has come under fire from golfers for lack of investment in the courses over many years, whilst still raising prices. 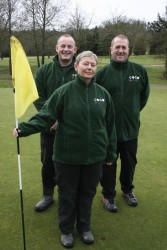 Recent initiatives have been launched to widen the appeal to women, ethnic minorities and young people, after it emerged that the vast majority of players are middle-aged or retired white men.

Many of the golf courses under BCC's control date back to the early twentieth century. The oldest, and possibly the most picturesque of them all, is Lickey Hills. The course is situated on the dramatic slopes of Lickey Hills Country Park. Huge banks of pine trees tower above the seventh and ninth holes, and the course enjoys the sort of setting usually reserved for the most exclusive of clubs.

Opened in 1921, the course offers a true test of golfing ability, and this is particularly evident on the 10th, restricting even the boldest player to a five-wood or three-iron tee shot, followed by a long approach shot which requires accuracy to negotiate a ditch just thirty yards from the flag.

To find out more, I caught up with Dave Collins, Head Greenkeeper at Lickey Hills, locally known as the Rosehill Golf Club. Dave has been in the post for seven years, having previously worked at Handsworth and Widney Manor golf courses.

Dave has a staff of three, Paul Andrews, Sue Kempson and Derek Darby. "We are a close-knit team who have been working together for several years," said Dave. "But, with only four staff, it's a bit like painting the Forth bridge; once you complete one cycle of maintenance regimes we are straight back on to them again." Dave admits that it is unrelenting but says that he is well supported by the Council's Head of Golf Maintenance, Terry Spensley, who coordinates maintenance needs across the seven courses.

"Rather than each course having their own specific aerators, seeders and heavy-duty scarifiers, and other specialised equipment, the seven courses share from a central pool of machinery" said Dave. "This is one of the advantages of being a municipal course, and certainly means that each machine earns its keep."

The council have a close working relationship with dealers, TH Whites, who supply and maintain all the council's mowers. On the day of my visit they where demonstrating a new Jacobsen G-Plex mower to David and his staff, along with other council officials.

"Our cutting regimes are similar to other municipal courses. Greens are cut daily, with weekend cuts during the summer months. We use our own Jacobsen G-Plex greens mowers cutting at 4mm during the growing season and 6mm at other times. We actually have twenty greens and it takes around three hours to complete."

"We maintain the tees at 15mm and usually cut two or three times a week, depending on growth. We also keep the fairways at 15mm for much of the year, taking them up to 17mm in the winter. Rough areas are mown weekly to maintain a height of 50mm. It usually takes five days to complete the mowing cycle." 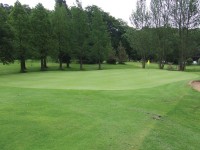 The rest of the time is taken up strimming banks, raking bunkers (of which there are only thirty-six), changing holes and keeping the site free of litter. "After a busy weekend the litter bins can be full to overflowing," said Dave. "The first thing we do on a Monday morning is empty them all and reposition them to reduce wear around the tees."

"We change the holes Monday and Friday, unless they get worn or damaged, which gives new positions for the busy period."

"Like many municipal courses, we are prone to acts of vandalism. Usually, it's just flags that go missing or, occasionally, a green gets ridden over by bikes. It's just one of the hazards of the job. Fortunately, we have not experienced anything too serious."

"The recent long spell of snow did entice hundreds of locals to go sledging out on the course, making good use of the large slopes that run onto greens and fairways. We just had to wait for the snow to clear and repair any damage. Fortunately, it was just a few scuff marks and frost damage."

With most of the greens being of the push up variety aeration plays an important part in their maintenance. "I like to vertidrain two to three times a year, topdressing with a Whitemoss 80/20 sand/soil mix, applying around one tonne per green."

David feeds the greens with a combination of fertilisers. The feeding plan for the course begins in February, with an application of Guardian GN3 3:1:3+1%Mg+2%Fe+Seaweed meal (35g per square metre), which is repeated in April. This is followed with an application of Microflow 12:0:8 in May, June and July. In August a dose of Microfine OC2 is applied.

In line with the fertiliser programme a number of other products are applied including Magnet Rapide, Cal-form, Amino-form R and seaweed extracts.

"Our normal winter work went out of the window this year, because of the frozen conditions, so we focused on a programme of tree pruning and crown lifting. We will have to work extra hard in early spring to play catch-up so that the course looks its best coming into the playing season," said Dave.

Talking to a number of playing members, who had been at the club for the best part of twenty years, they were all singing the praises of Dave and his staff, especially the way he has improved the greens since his time there.

"When I arrived, a good number of the greens were heavily compacted and suffered from deep thatch problems, so I initiated a programme of hollow coring and overseeding for three years, which helped the greens improve dramatically," said Dave. "Since then, it's just been a case of adopting good cultural practices to maintain performance."

Lickey Hills is a unique course, and is seen by many of the playing members as the most challenging of all the courses under Birmingham City Council's care. The members will be glad when they know what is to become of the course as, I'm sure, will Dave and his staff. Along with many of the council's other greenkeepers, they are watching to see what the review brings.

It is a sad reflection on how council services are going. We continually see a demise in service provision across all departments, with more and more being put out to tender. I have a strong affinity with Birmingham City Council as I was one of their parks apprentices back in the 1970s, and worked at Cocks Moors Woods Golf Club for a number of years.

At the time, Birmingham Parks had one of the finest equipped workforces in the country, and highly experienced staff who dedicated themselves to parks and sports turf provision.

The original concept of the municipal course was to offer people the chance to play golf without the need to join a golf club. At the height of their popularity, in the 70s and 80s, many of BCC's courses were attracting over 40,000 rounds of golf a year. That figure has dropped dramatically in recent years.

Personally, I hope that these courses remain in the public domain and continue to be a facility to be enjoyed by the local community. This opinion is shared by Dave Collins who, on a daily basis, sees the pleasure the Lickey Hills course brings to its paying customers. At £14 a round it must be one of the cheapest available at such a picturesque course.

There is a cost for maintaining a golf course. It should not be a case of councils expecting to make huge profits, it is about providing a facility for the local community that are under their care, and charging the going rate to provide those services.

Perhaps more prudent management in the boom years would have made the current scenario a no brainer!