0 'Nail in the coffin' - Bradwell football team to move pitch

A winning Saturday league football team is on the hunt for a new home after a parish council said it was too expensive to run their present pitch. 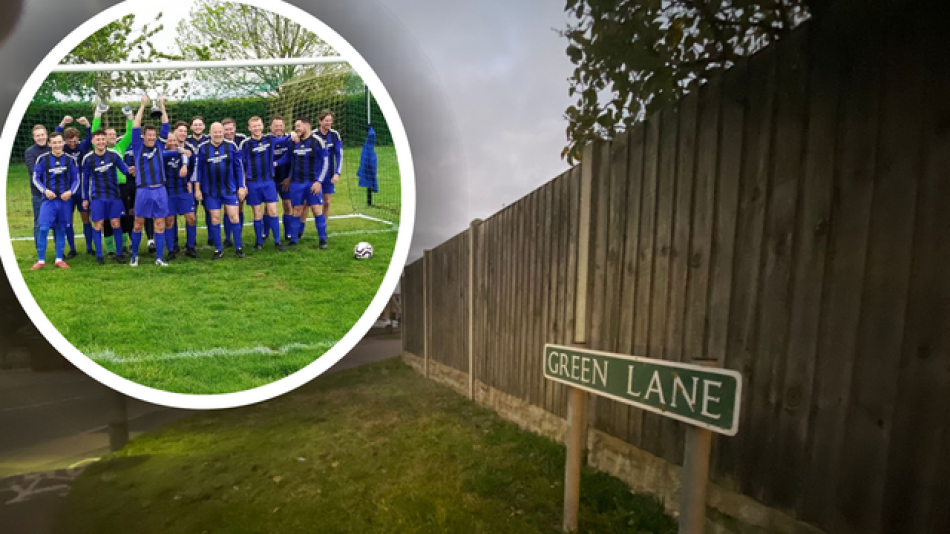 Prostar FC, who are based on Green Lane playing field in Bradwell, have been told they will no longer be able to play there once the current season ends.

Bradwell Parish Council says football provision was too expensive to justify on the playing field.

Martin Woolsey, manager of Prostar FC which plays in the Great Yarmouth and District Football League, said it is "another nail in the coffin for local sports".

Mr Woolsey said: "We have had no consultation and have told Bradwell council we would help to upgrade the changing rooms, so it could be utilised by more teams and therefore cut any costs.

"If we are not careful, there will be very little football left locally mainly due to lack of support from the local councils."

Bradwell Parish Council said that they could not justify continuing the football at Green Lane as it was costing nearly £5,000 a year on a professional groundsman and further staff wages every match.

With the savings, the parish council has said they would be looking into provision for younger people in the area by way of the potential opening of a youth club.

Fearing Great Yarmouth and District Football League might fold next season, Mr Woolsey had wanted to apply for the Anglian Combination.

However, for Green Lane to be accepted as their home pitch, a women's referee changing room is needed on site.

Mr Woolsey said: "We offered to look into what was needed and that we would help to pay and do the work, so we could stay there next season."

However, the parish council responded that football provision was too costly and would not be returning to Green Lane after this season.

Bradwell Parish Council has suggested the team use Mill Lane as an alternative pitch, but Mr Woolsey expects some of Prostar's players might leave the team instead.

Mr Woolsey added: "Hopefully not another team to fold."

Daniel Candon, chair of Bradwell Parish Council, said: "It is the parish council's duty to spend taxpayers money both prudently, and on services which are needed most for Bradwell.

"Having fully scrutinised the budget, we could not financially justify continuing with the football at Green Lane, when it was running at a loss of nearly £5,000 per annum from reserves, which included a professional groundsman contract and further staff wages on every match.

"Football provision in Bradwell will continue with the use of pitches just down the road on Mill Lane, and the outdoor bowls will continue being held on a separate professional green.

"This large saving will allow Bradwell Parish Council to focus on other important areas, such as evening and night provisions for youngsters in the form of a potential youth club.

"We will also be holding a consultation with the public, so that they can have their say on what they would like to see the green space on Green Lane used for in the future."