Hundreds of golf clubs have been paid millions of pounds this year following a 2013 European Union ruling that VAT should not have been applied to their visitors' green fees. 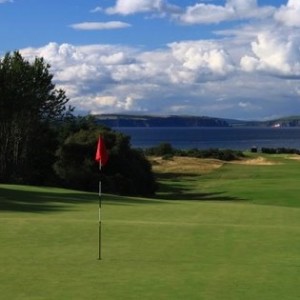 However, this is believed to be the first case where a golf club has failed to receive a windfall - and it is probably due to a technical misunderstanding with the law.

Nairn Golf Club in Scotland was seeking repayment of VAT on visitors' green fees and, according to The Press and Journal, lodged an appeal to force HM Revenue and Customs (HMRC) to make a decision on its claims between October 2007 and September 2013, which amounted to more than £185,000.

HMRC disputed the case, stating that claims between 2007 and 2009 were invalid as they were outside of the set time limit and that the claims thereafter were also invalid "because there was no decision to contest" for that period. This led to a tax tribunal hearing in Inverness earlier this year.

The club's treasurer Bill Young, of accountant Ritson Young, insisted the claims were valid because they were amendments to an earlier claim made in 2009.

But the tribunal judge Anne Scott has now rejected the appeal.

She ruled the club had no appealable decisions for the period between January 2010 and September 2013, and struck out its claim for repayment of VAT.

The club's appeal on claims for the period between October 2007 and December 2009 was also struck out.

'The club had believed that when its claim for repayment of VAT in 2009 was suspended, nothing else needed to be done pending a decision in a separate case which would give guidance on the way their claim should be handled,' states the paper.

'But the tribunal findings say that it is not uncommon for hundreds or thousands of cases to be suspended pending the outcome of litigation, and that the club should have protected its position by making protective claims. The club, it said, had simply misunderstood the law.'

Mr Young has said that it would have little effect on the club.

He said: "We were trying to reclaim money but HMRC does not want to give it to us.

"There is no disadvantage to the club."