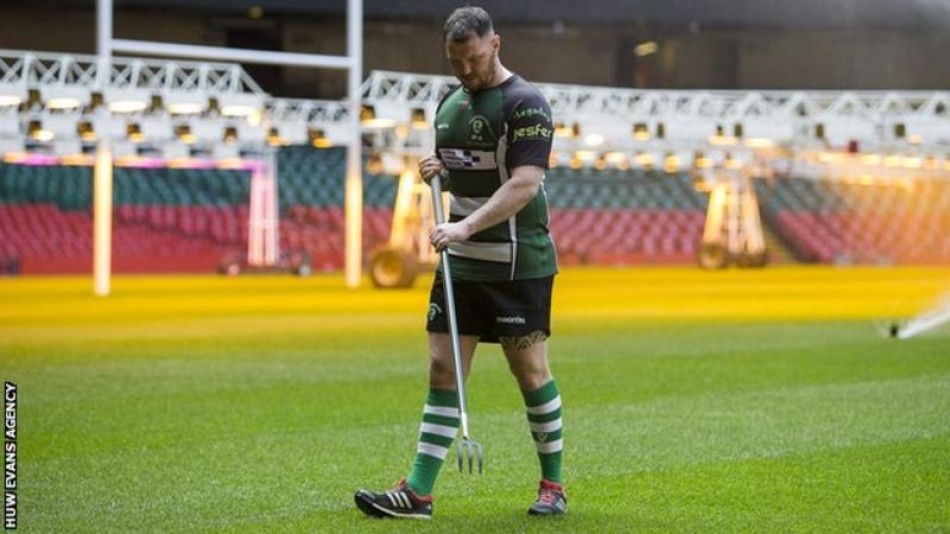 Rhys Cleverly was on the pitch for Wales' 2012 Grand Slam and the 2014 Heineken Cup final - but he's never played a minute of rugby at Cardiff's Principality Stadium.

Why? Because he's a groundsman at the home of Welsh rugby.

However, that is set to change with Cleverly set to pack down at hooker for Caerphilly against Amman United in the National Bowl final on 16 April.

The Bowl is one of three games on the WRU finals day, 24 hours after the four regions take each other on for Judgement Day.

So Cleverly, a groundsman at the national stadium for the past eight years, has to worry about keeping the pitch in tip-top condition as well as playing in one of the matches.

"We've got five games here over two days," he said.

"On Judgement Day I'll be there at eight o'clock preparing the pitches.

"As soon as those game finish I'll be straight back on the pitch preparing it for ours. Luckily I've got the Sunday off to play."

Cleverly says it will be strange mixing business with pleasure.

"I've got mixed emotions; I'll be asking myself am I coming to work or playing rugby? It will be a weird one," he said.

Another headache for Cleverly and his team-mates will be one of the players lining up against them for Amman United - Wales' top try scorer Shane Williams.

Williams, 40, has not played at the stadium since June 2012 - when Cleverly was among the team looking after the pitch for Wales' 30-21 win over the Barbarians.

The ex-British Lion may have scored 60 international tries, but has yet to score a try for his local side this season.

"He's won world player of the year and class is permanent, form is temporary," said Caerphilly captain Gareth England. "We'll have to see what happens on Sunday".

Neither team has reached the final of the bowl since its introduction in 2009. All of the Division Three teams and Division Two north sides in the Welsh national league compete for the trophy.