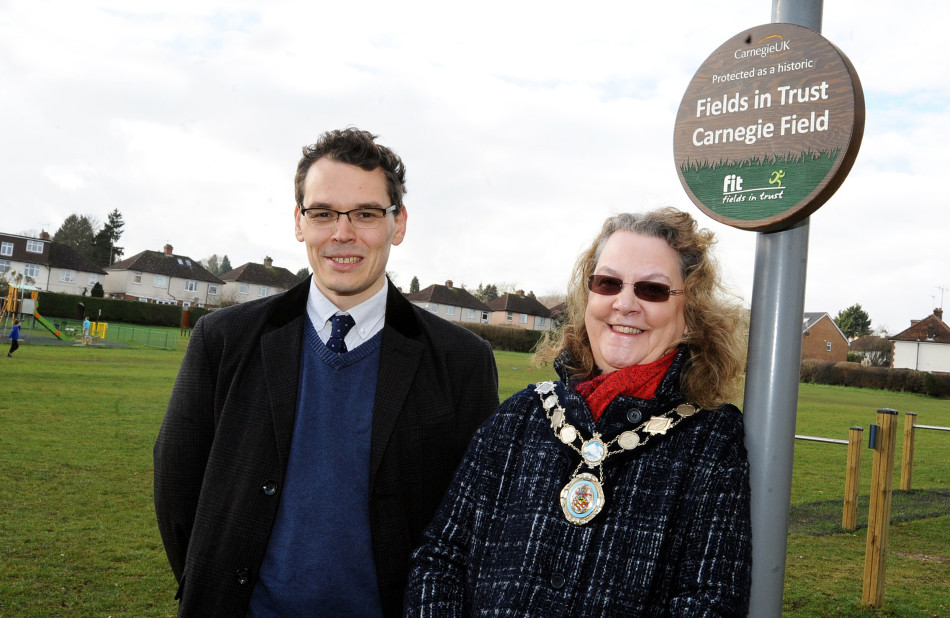 A recreation ground in Harpenden which is used by hundreds of people in the town each year has been granted legal protection from any future development, thanks to a national campaign to find and protect green spaces throughout the country.

Westfield Recreation Ground in Harpenden, is one of more than 100 sites identified by members of the public as part of the search launched by the Carnegie UK Trust and Fields in Trust to find and protect over 900 'lost' playing fields and it's new status was marked by a plaque unveiling at the site on 16th February by the Town Mayor of Harpenden, Councillor Mrs Nicola Linacre.

As part of the nationwide #FieldFinders search, Fields in Trust has analysed the submissions and shortlisted 20 sites which have already begun to make significant progress in improving legal protections associated with their site to protect them from future development.

Alongside the Westfield Recreation Ground, which was identified as an historic Carnegie field by local historian, Councillor Teresa Heritage, other successful sites have also been discovered in Adlington in Lancashire, Lossiemouth in Scotland, Lydbrook in Gloucestershire, and Stalham in Norfolk.

Douglas White, Head of Advocacy at Carnegie UK Trust, said: "A requirement of the original grant made by the Carnegie UK Trust more than 80 years ago to establish playing fields throughout the country was that these green spaces would remain public areas for the community in perpetuity. The aim of the new #FieldFinders campaign was to ensure that this legacy lived on. 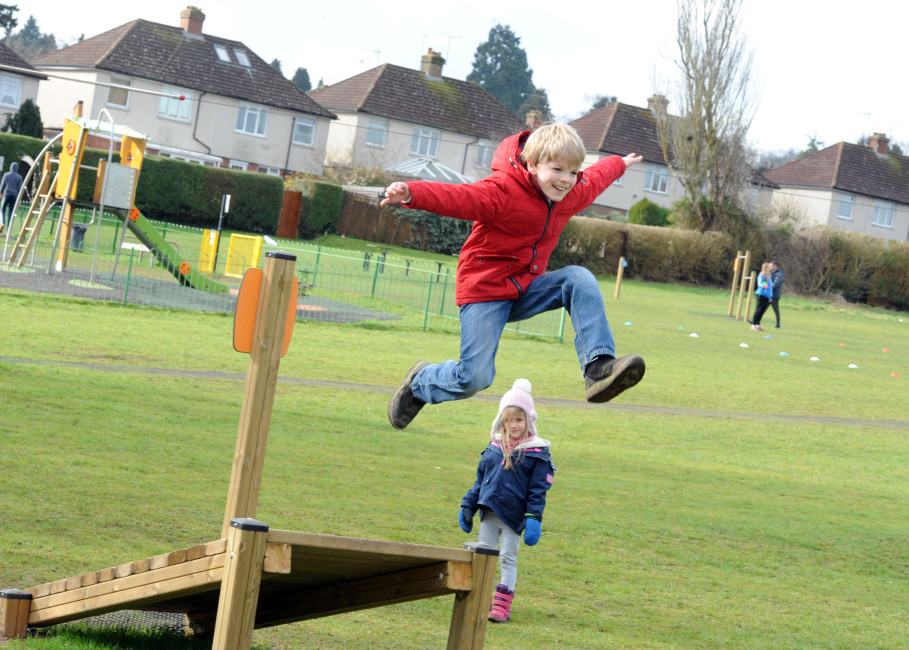 "We were absolutely inundated with requests from members of the public upon launching the search last year and we are delighted with the result of being able to identify so many. Filtering through the entries and pairing them with the original 900 Carnegie fields sites is no mean feat and we thank the Fields in Trusts team for all of their efforts."

The sites shortlisted by Fields in Trust were also invited to apply for two improvement grants worth up to £5k as part of the campaign and the Westfield Recreation Ground was successful in winning one of these. Following local consultation the Carnegie improvement grant contributed to a major redesign project including additional fitness trail elements and repositioning the multi-use games area. Alongside the enhanced sport facilities, new play equipment and increased seating were added.

The Town Mayor of Harpenden, Councillor Mrs Nicola Linacre, said: "Now that Westfield Recreation Ground has been granted legal protection from any future re-development, local residents are reassured that the park will be there to be enjoyed for generations to come.

"We are so pleased to have received funding from the Trust. This has allowed us to make the site more attractive to local residents; improve play equipment, install a fitness trail and offer more seating so people can sit and enjoy the open space. We're delighted with the improvements!"

Helen Griffiths, Chief Executive at Fields in Trust, said: "Our public green spaces are places to relax, play sports or hold community events. Ensuring they are around for years to come is a top priority so we are delighted that we have been able to protect these valuable assets for the long-term and to fund the improvements with Carnegie Trust Grants."

A plaque has now been erected in the Westfield Recreation Ground to recognise it as a protected Carnegie-Fields in Trust site.

For more information on the project visit www.fieldsintrust.org or read the original article HERE