0 National Football Centre - building for the future of English football 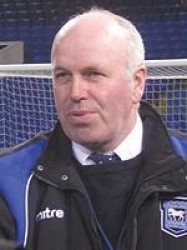 In July 2012, the National Football Centre St.George's Park will finally open its doors to become the home for all the England national teams under The FA's banner, as well as supporting an extensive coach education programme and intense local grassroots football programme.

The centre will also host professional teams preparing to play in the area, as well as a new national sports science and medicine research centre.

Located right in the middle of the country, at Burton in Staffordshire, and surrounded by some of the most magnificent natural woodland of the National Forest, St.George's Park is set to offer the elite of the English game one of the most inspirational training venues to prepare at.

The concept for a National Football Centre was first put together over fifteen years ago, before having to be mothballed due to budget constraints during the reconstruction of Wembley Stadium. During that time, other centres around the world were put together by some of the leading football playing nations in the world game, giving them a superb platform for success.

Leading European soccer nations, such as France, Italy, Holland, Germany and Spain had stolen a march and were starting to reap the benefit from having a proper base from which to prepare for Euro Championships and World Cups. They say that the proof of the pudding is in the eating and, when you look at the success over that time that each of these countries has had on the world stage, you see that it has worked. The hope for English football is that St.George's Park will have the same effect.

With budgets in place and all necessary planning permissions obtained, the National Football Centre finally broke ground just over a year ago.

The National Football Centre, when completed, will boast facilities that can be compared to only a handful of similar centres worldwide. The preparation and research has been meticulous to ensure that the wait has been worthwhile. As the framework for the 228 bedroom Hilton and Hampton by Hilton hotels, as well as other facilities on the site, such as the sports science centre and indoor soccer hall, began to take shape, thoughts turned to resurrecting the pitches which had been in situ for over ten years. In that time only a handful of the ten pitches had actually been used, the majority never having had a ball kicked on them in anger. 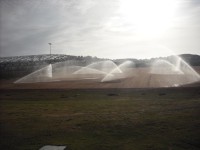 In the build up to the works actually getting underway, I had the opportunity to visit the centre in 2009. Then, you could see that thatch levels had built up to a stage where producing an elite surface was not going to happen without major renovation. You could also see the enormous potential that the site had to offer. I was delighted to be appointed to role of Head Groundsman in August 2011 and, although seen by many as an automatic choice, I was never the only candidate for the role. Indeed, the interview process was particularly rigorous and one of the toughest I have gone through.

Once on site, my first job was to review the pitch strategy and come up with an operational plan. Six months in, I can safely say this is the biggest project I have ever undertaken but, equally, the most exciting and, come opening day in late summer 2012, probably the most rewarding.

Part of the main contract with construction firm Bowmer & Kirkland was to create a construction similar to the main Wembley Stadium pitch. The decision to change the stadium pitch to Desso GrassMaster was a bold one, but one that has worked for the stadium business plan. 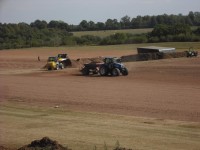 Mallinsons of Ormskirk, who successfully oversaw the changeover, were hired to install a GrassMaster at the centre. The works to strip the other pitches back to a clean rootzone were tendered, and eventually awarded to Mallinsons. I was happy with this, having worked through two previous projects at Ibrox and Portman Road with them. Mallinsons, in my view, are unique in our industry.

Back in the early '90s, when we reconstructed the stadium pitch at Ibrox, I worked with, then, some of the best people in the construction side of the industry. Now, over twenty years on and embarking on my third major project with them, I not only cannot believe that the same guys are still there operating drots and hi macs but, in many cases, they are teaching their sons to deliver the same quality. John Mallinson is one of the most professional people I have ever met and worked with, and having someone like John in your corner on such a big project is a comfort. 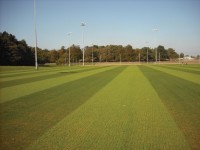 St.George's Park is unique in that it offers four different pitch profiles on one centre. As well as the Desso GrassMaster, the centre will boast four fibresand, five natural and two 3G synthetics. It offers England teams the ideal base from which to prepare, as the pitch profiles on the centre are the main ones currently being used throughout the world game.

All the natural pitches have now been constructed or renovated, and have just come through the first phase of the grow in. The mild autumn was a huge boost to the project, as it has allowed us to go into the winter period with much stronger swards than we had dared hope for. Although the winter has been mild to date, we do not see ideal conditions returning until late March when we will start the final push towards opening through the second phase of the grow in.

As well as turning the pitches around, the last six months has been as much about building up the rest of the grounds department. Remember, this is a project that has restarted from a blank sheet of paper. Key partner companies have been identified to support the grounds team across all of their business. Being in the National Forest, the mowing operation will run beyond the pitches to verges and meadow land - in total eleven different mowers will be required.

Although the project has decent budgets to work with, in all key areas of the programme they are still very tight, and the biggest challenge, away from the construction and renovation of the pitches, has been to put together the consumables programme. After much deliberation, Rigby Taylor have been selected as the key consumables partner. The grounds team will be able to draw on the technical

resources offered by the company, as well as having the benefit of additional support from PSD.

The grounds team will also work with leading nematode authorities, such as Kate Entwhistle, to monitor closely nematode populations in the various sand dominated rootzones. With five of the pitches fitted with undersoil heating and requiring to be watered before play and training, all those connected with the project are conscious of the ideal environments being created for nematodes. With this in mind, it is very much a case of prevention being better than cure.

There is much still to be done. One of the key tasks will be to complete the grounds team, which will start with a crew of eight on the pitches supported by two gardeners. These numbers may be viewed as light, initially, but will be reviewed as the centre goes through its first year.

Like many of the superb mature trees that surround the site, the St.George's Park project will take time to grow and mature but will, hopefully, be around for many years to come.