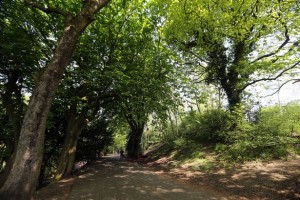 In a consultation exercise, Newcastle City Council is inviting opinions about the future running of the parks and green spaces

A cash-strapped council is to seek views on the future of its parks and green spaces which have been badly hit by Government funding cuts.

In a consultation exercise which will run until April, Newcastle City Council is inviting opinions about the prospect of transferring the operation, delivery and maintenance of a large proportion of the city's parks, allotments and green spaces to a charitable trust.


The council says that, over the past seven years, its parks budget has been reduced by over 90% and with other avenues of funding being few and far between, finding new ways of financing the city's parks and green spaces is essential.

Included in the cuts has been the loss of the city's 15 park keeper roles, while eight full-time rangers have been reduced to four.

But the council says it is committed to keeping parks in public ownership and free to use, and recognises their leisure, recreational, health, wellbeing, heritage, environmental and social value.

The issue was high on the agenda at a meeting on Tuesday between Kim McGuinness, the council's cabinet member for culture and communities, and the city's Parks Forum, which includes members from individual park support groups.

The city has been involved in talks with the National Trust in exploring a new direction for the parks.

If implemented, the charitable trust would manage approximately 35 parks and green spaces across the city and over 50 hectares of allotment land.

The objective would be to find new ways of best using the current facilities, space and buildings to bring in revenue for the successful running of the parks, without undermining free access.

Last September, the Heritage Lottery Fund (HLF) warned that its investment over recent years of £73m to restore and upgrade parks in the North East could be in vain because of the effects of budget cuts.

"But these are financially challenging times and if we are to successfully halt the onset of decline and avoid wasting this investment, we need to come together now to find innovative and sustainable models of funding and maintaining these highly valued community spaces."

You can read the full article from ChronicleLIVE HERE