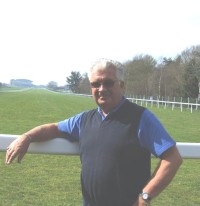 Fontwell Park, Musselburgh and Newmarket were the big winners as the results of the 2011 Neil Wyatt Racecourse Groundstaff Awards were announced.

Newmarket was the winner in the Best Flat Racecourse Category, whilst the Dual Purpose award went to Musselburgh Racecourse and Fontwell Park Racecourse received the award for best Jump track.

A special Merit Award, presented at the discretion of the award sponsors with full support from the judging panel, was awarded to Gilly Gilford, Head Groundsman at Ascot Racecourse in recognition of his knowledge, hard work, dedication and professionalism throughout his 40 year career within the racing industry.

On behalf of the sponsors, John Richards, Operations Director of Pitchcare commented, "The contribution that Gilly Gilford has made to horse racing and groundsmanship is second to none. He has spent 45 years as a racecourse groundsman, 15 years at Ascot and, prior to that, 30 years at Sandown. He is quite rightly regarded as one of the leading professionals in the industry and a very worthy recipient of the Merit Award."

Judging of the awards took place on Tuesday 10 January 2012 and the panel comprised representatives of the National Trainers Federation and Professional Jockeys' Association, with support from the BHA Inspectors of Courses. The Awards, organised by the Racecourse Association and sponsored by Pitchcare.com in association with ALS and Fornells, are in their sixteenth year and recognise the achievements of racecourse groundstaff.

Richard Linley, Senior BHA Inspector of Courses, said: "It was an extremely difficult decision for the panel to select a winner in each category for the Pitchcare Neil Wyatt Groundstaff Awards 2011, yet again Groundsmen around the country have demonstrated real commitment to their work and on frequent occasions in very difficult circumstances. It is also fitting that Gilly Gilford has received recognition with a Merit Award for his devoted and professional approach to groundsmanship for over forty years and I feel privileged to have worked with him both at Sandown and at Ascot."

Rupert Arnold, of the National Trainers Federation, said: "The award submissions always give an interesting account of the challenges of producing a racing surface to the highest standards. There is some impressive work going on at racecourses around the country and the panel has chosen very worthy winners."

Dale Gibson from The Professional Jockeys Association said "We all appreciate the hard work that the ground staff put in day in day out; the PJA recognise that and in our eyes all of the courses are winners. Without their effort racing simply would not take place. The four safety officers all had an input into the final decision. Well done to all concerned."

Newmarket Racecourses director of racing and clerk of the course Michael Prosser was delighted to hear that his groundstaff's efforts had been rewarded with this accolade. He said: "I am thrilled that the excellent performance of our team has been recognised with the Neil Wyatt Groundstaff Award. It is the second time in five years that we have been fortunate enough to receive this honour and I am very proud of the staff's efforts. 2011 was a tough year in that we weren't always helped by the weather. But the groundstaff continued to deliver a racing surface that drew praise from all quarters - jockeys, trainers and media alike - which can only be attributed to their dedication and skill."

Musselburgh Racecourse general manager, Bill Farnsworth, said the award was a "truly great result" against strong competition. He said: "Mark and his team deserve great credit for this Award and it reflects the dedication and hard work which goes into the track and grounds at Musselburgh throughout the year. Working alongside our clerk of the course, Harriet Graham, we undoubtedly have one of the strongest ground staff in the country and I don't think anyone who has visited the course would object to Musselburgh's team receiving this accolade."

Edward Arkell, Clerk of the Course at Fontwell Park Racecourse said "We're thrilled to receive this award. It's great that the panel have recognised the hard work put in by the 3 groundstaff, Paul, Reg and Darrin, on a small course with a heavy programme of racing."

The Panel commended the team at Newmarket on continued high standards, and the improvements, particularly to the Beacon area of the course. They also noted the improvements which had been made to the Weighing Room and Winners Enclosure on the July Course.

The Panel recognised the challenges, not of their own making which had faced the team at Nottingham Racecourse throughout 2011, and the manner in which these had been addressed. In addition, the investment in new washdown facilities received particular support from the trainers' representative.

The Panel recognised the hard work of the small team to manage their challenging fixture list, which received much support from the Trainers and Jockeys.

The Judging Panel noted the improvements at Cartmel during 2011, largely carried out by their one full time member of staff.

The Panel was pleased to reward the improvements in the racing surface at Musselburgh, along with the high standards in all areas for which the team are responsible, and the involvement of the team in development of the new stable complex.

The Panel commended the overall high standards of the team at Ascot Racecourse, and in particular the proactive measures taken to provide the best possible racing surface for British Champions Day.

The Merit Award, presented at the discretion of the sponsors, was awarded to Gilly Gilford. The Panel commended his many years of hard work, dedication and professionalism, which received a huge amount of complimentary support from jockeys and trainers.