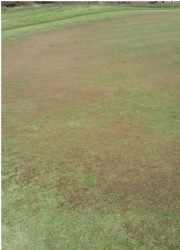 South Staffordshire Golf Club is a prestigious golf course in the Midlands, designed in 1908 by one of the famous triumvirate, Harry Vardon, and over the years has been adjusted by such golfing luminaries as Harry Colt, James Braid and, more recently Donald Steel. South Staffordshire Golf Club are scheduled to hold the PTS Invitational, which forms the Midlands leg of the famous PGA tournament, in June this year.

Following an outbreak of Nematode damage in the autumn of 2010 the Course Manager Rhys Thomas has been faced with the task of discerning which products actually deliver effective nematode control.

This may lead to waste of precious fresh water resources, increase the risk of groundwater contamination with nitrates (Luc and Crow, 2004), and necessitate increased fungicide use by creating conditions ideal to outbreaks of fungal diseases (Smiley et al., 1992). Of even greater direct concern to turfgrass managers, the turf may become chlorotic, wilt, thin out, and die (figure 1).

Figure 1. Nematode damage on golf green on a Midlands course.

Nematodes are considered to be a major plant problem for golf courses and football pitches that have been severely affected throughout the British Isles (Fleming et al., 2008). Problems with nematodes became evident at the South Staffordshire golf club in autumn 2010, by spring 2011 Rhys was undertaking systematic soil analysis to determine the level of the problem and receiving expert advice from Dr Kate Entwistle of the Turf Disease centre.

Rhys was plunged into an area relatively new to UK turf science with little expertise from company representatives who might be able to supply a product for effective control. In one instance Rhys trialed a product to discover that it had little or no affect. When Rhys questioned the distributor he was told that he simply needed to apply additional quantities.

In April 2011 the damage index, a description of the likely implications of the amount of different types of nematodes, was 36.1, this was creating difficulties on the surface as can be seen in figures 2 and 3. 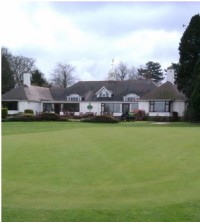 Rhys was made aware of a product called Nemaclear which is produced by Arcis Biotechnology and advised to try it in conjunction with technical assistance from Dean Gilasbey. Deans approach was systematic and methodical; by using analysis results which indicate which stage each species of nematode is at Dean was able to recommend 4 weekly applications at 4 litres per hectare in 400 litres of water and by September of 2011 the damage index had fluctuated down to between 4.0 and 10.1.

A walk over the greens in April shows that they have greatly improved Figures 4 and 5. The PTS Invitational tournament is scheduled for June and Rhys is confident that the nematodes are under control. Incidence of disease has been reduced and resources are being allocated to course improvements and away from feeing programmes to nurse damaged turf through a stressful season.

Rhys has already planned his applications of Nemaclear to ensure that nematodes will not be an issue and is clearly happy with the product and the reliable results that it has given him. 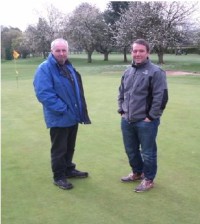 Nemaclear available from the Pitchcare shop