by Football Foundation
in Synthetics and Football
on 16 Nov 2019 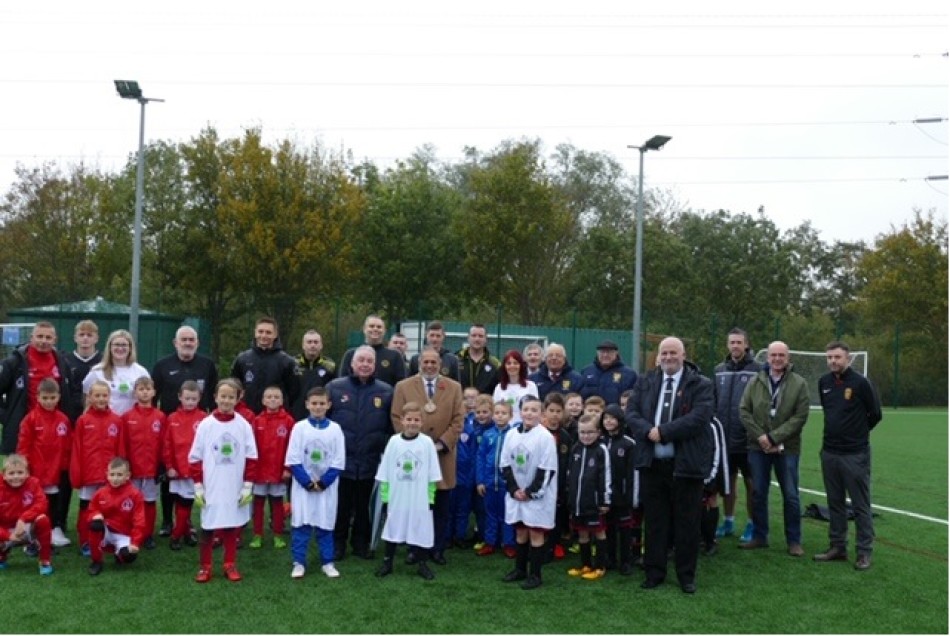 The new all-weather pitch was made possible thanks to investment from the Premier League, The FA and Government's Football Foundation.

After netting a £99,979 grant from the Football Foundation, work began on the site in July 2019. The project was undertaken to replace an old sand-based pitch which had reached the end of its usable life, with a 3G surface to cater for more football training slots and recreational participation.

Nene Valley Community Centre provides facilities for numerous local football teams, with the sides competing in several leagues ranging from junior football through to Step 7 of the national league system.

The site will benefit partner clubs Orton Rangers and Peterborough Polonia FC, as well as Nene Valley FC Melbourne FC, Phoenix FC, Peterborough Nene FC. In addition to this, Just Play sessions and Walking Football sessions will take place on the pitch, providing opportunities to people of all ages.

Huntingdonshire FA identified Nene Valley Community Centre as a priority location to improve football provision and it is anticipated that the new 3G pitch will support an additional 260 people playing affiliated football over the next five years. This represents a 108% growth in participation at the site.

Keith Sharp, Chair of the Trustees at Peterborough Council, said: "With the support of the Premier League, The FA and Government through the Football Foundation, we have the opportunity to work with all age groups to offer sports activities to more people within the city. I would like to thank the Football Foundation for all the hard work they have put in to helping this become a reality."