by Football Foundation
in Synthetics and Football
on 23 Sep 2018 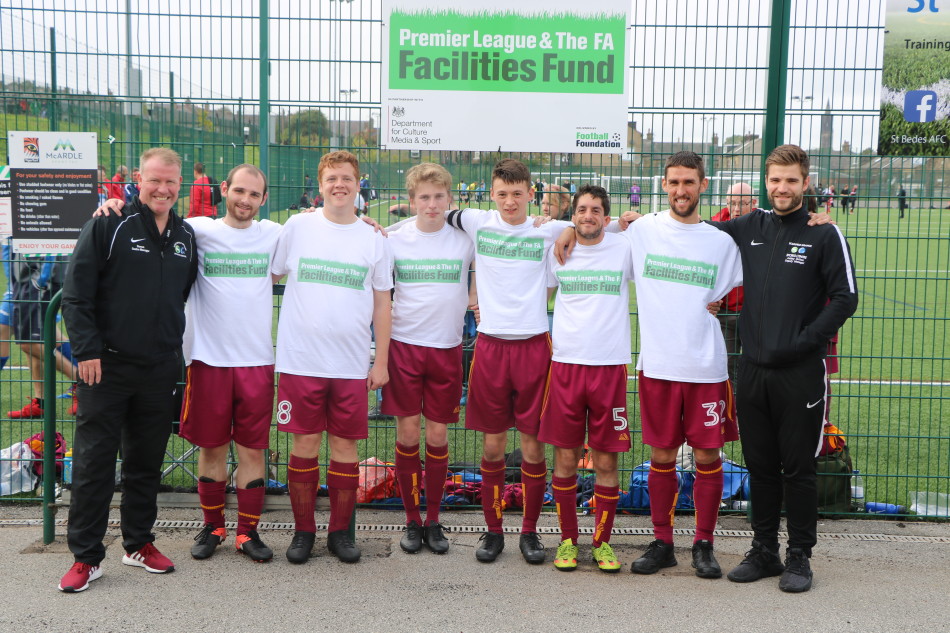 The new facility was made possible thanks to investment from the Premier League & The FA Facilities Fund, which is delivered by the Football Foundation.

The grant enabled Southfield Grange Trust to overhaul their existing sand-based AGP to create a 101m x 63m floodlit AGP. On top of this, floodlighting and improved fencing has been added to their existing 73m x 47m 3G AGP on the school's site.

The new floodlights to the 73m x 47m 3G AGP enables increased capacity and availability of the school's facilities thanks to it being usable during the evening. Not only will pupils at the school benefit from the facility, but also players from partner clubs, Bradford City FC, Wyke Wanderers JFC, Campion AFC and St Bedes Old Boys FC.

As well as the partner clubs, a whole host of teams in the local area will use the site for training and matches. Bradford Park Avenue FC, One in a Million Charity, Phoenix Juniors FC, Shelf JFC, West Bowling ARLFC, Bradford Disability FC and the West Riding County FA are among the clubs and organisations who will play at the Grange.

As part of a pro-club link with the Trust, Bradford City will use the refurbished facilities to host their development academies there. In addition to this, Bradford City Community Foundation will use the site to deliver inclusion sessions and to engage with local people.

Southfield Grange Trust were awarded a £312,837 grant from the Premier League & The FA Facilities Fund towards the project. The school worked alongside the Football Foundation and the West Riding County FA to compile a five-year Football Development Plan, which is a vision of how sport will be played on site with an emphasis on increasing participation.

The number of teams using the new pitch is set to soar from 25 to 84 teams in junior and adult formats, with four new open age male teams created. This will support a predicted increase of nearly 700 players and is expected to result in a 177% increase in football participation on the site.

Significant growth in the number of Under-14 footballers using the site is also expected. This has been identified as a key objective to deliver and is expected to result in over 500 new players, which represents a 254% growth within this demographic.