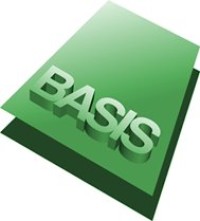 BASIS has launched a new bigger and better version of its Amenity Assured scheme. It will be called the Amenity Assured Standard, and aims to ensure the highest standards of practice in the chemical control of weeds, pests and diseases in the amenity sector.

According to Paul Singleton, Chairman Amenity Assured, the re-launch is designed to establish the scheme as the benchmark for quality in amenity pesticide application. He said: "We had a number of objectives when we re-designed the scheme. We wanted to make involvement more cost-effective, while ensuring that the scheme received greater recognition and was more widely adopted."

Mr Singleton continued: "Companies and individuals holding an Amenity Assured certificate will be able to prove that they can provide a quality service supported by an independent audit of their operational practices and qualifications. Those responsible for contracting these services will benefit from knowing that suppliers with this accreditation have reached a certain standard, have the right qualifications and adhere to all the appropriate regulations."

The scheme applies across a wide range of amenity sectors including oil, gas and electricity distribution, roads and pavements, rail, parks, and sports facilities. The Standard involves a two-part process with an initial self-completion questionnaire being followed up through an on-site visit and audit.

Areas covered by the questionnaire and audit include staff qualifications, application information, transport and storage, and client satisfaction.

Those interested in finding out more should look at the BASIS website at www.basis-reg.com or ring BASIS on 01335 340851 and speak to one the team looking after the Amenity Assured Standard.