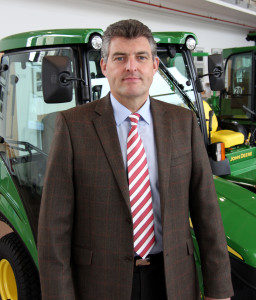 Two new Langar-based appointments have been announced by John Deere Limited, effective from 1st May 2013. Chris Meacock becomes the new turf division sales manager for the UK and Ireland, and will return to the UK from his current position in Germany at the beginning of June. He replaces Joedy Ibbotson, who takes over from Paul Leathem as agricultural division sales manager for southern England and Wales.

Chris Meacock joined John Deere Limited in 1989 as an area service manager, having previously worked for a John Deere dealership in southern Scotland. He moved on to become a territory manager in 1995 and product manager for sprayers, seeding and tillage equipment in 1998, before taking on the role of agricultural marketing manager in February 2004. 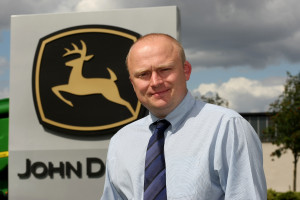 Joedy Ibbotson began his career with John Deere Limited in 1999 as a commercial & consumer equipment (C&CE) area service manager, before going on to become an agricultural area manager product support (AMPS) and then a C&CE territory manager for the Midlands in 2001.

Paul Leathem has been appointed manager, Region 2 parts & services marketing, and will be based in Bruchsal, Germany. He joined John Deere in 1998 as a product & market planning analyst in Mannheim, and moved to the marketing department there in 2000 before transferring in 2001 to John Deere's North American agricultural marketing centre in Lenexa, Kansas.

He returned to Mannheim in 2002 to become manager of the John Deere Advertising Agency, and was promoted to manager, tactical marketing for Europe, Africa and the Middle East (EAME) in March 2008, before being appointed division sales manager at Langar in 2009.