Lignano Golf Club, in the province of Udine in north-eastern Italy, has completed the installation of the new Aqua Edge synthetic lake edging system from Ecobunker to replace rotten twenty year old piles that previously set the edge of its water features. 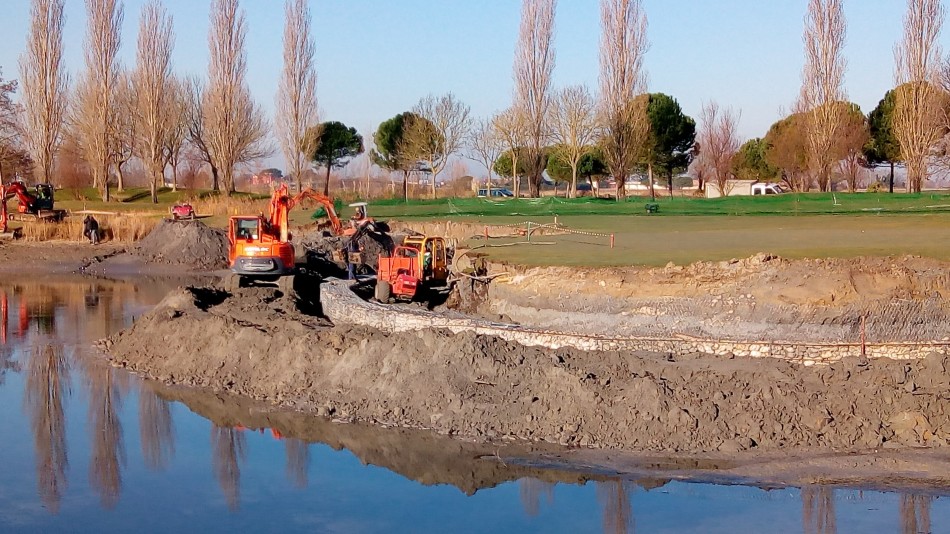 Director of golf Fabrizio Bertoli says: "Our lake edges were originally built with wooden piles, but after twenty years, they were basically rotten, and we knew we needed to find a replacement solution. Where the piles had rotted away, we were losing twenty to thirty centimetres of ground to erosion each year."

Bertoli considered a range of options for his lake edging. He was, reluctantly, about to conclude that he would have to build a rock edge, when he saw an article about the Aqua Edge solution in an industry magazine. "Rocks really do not suit our environment, as we are close to a long sandy beach and they look totally out of place," he says. "But I couldn՚t see a good alternative until I read about Aqua Edge, and saw photographs of it. I thought it looked very beautiful, and certainly an ideal solution for us, so I got in touch with EcoBunker immediately." 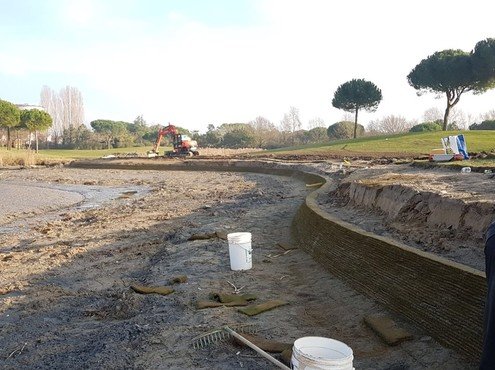 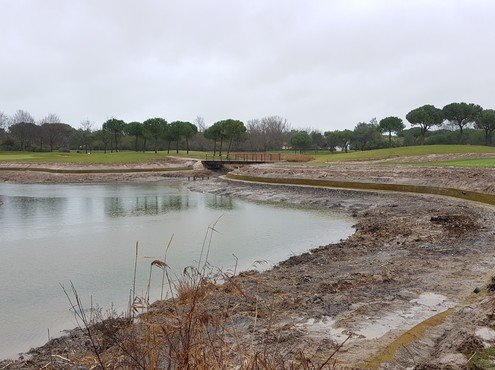 Richard Allen, EcoBunker inventor and CEO, flew out to Lignano to inspect the site. "There were problems with the underlying soils, which were weak, so I designed a bespoke solution that used rock-filled gabions for strength below the water line, and then the Aqua Edge wherever it would be visible," he says. "This gave us structural integrity, and also saved money, which was important because the project budget was tight."

"It was very easy to install," says Bertoli. "Richard provided us with four guys, and along with my staff, that team installed 355 metres of wall in a month. If the weather had been better, we could have done it in two or three weeks - we were averaging 15 metres on each productive day. We did the work without using heavy machinery - just a truck, a tractor and a very light excavator. For rocks we would need a big excavator, which would obviously cost more, and cause more damage to the ground. In total, Aqua Edge has turned out about half the price of a stone wall."