New bunkering has been completed on three holes at Belvoir Park in Belfast, Northern Ireland, part of a program of work at the club that is being overseen by golf course architect William Swan of Swan Golf Designs. 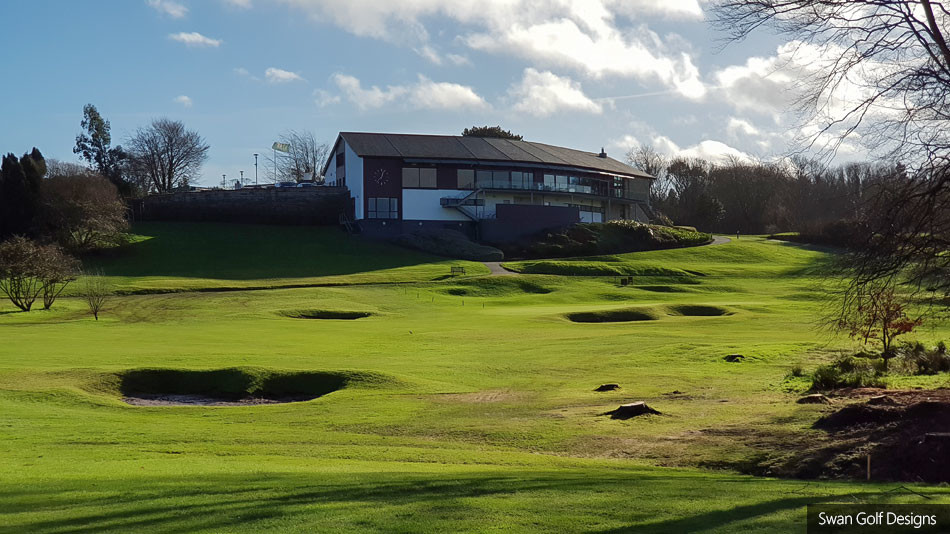 Swan was appointed in April 2018 to complete bunker and tee renovation, a new short game academy and practice range, and to advise the club on future course work.

"The course was originally designed by Harry Colt and is a classic parkland layout set amongst mature oaks," said William Swan. "Its main landscape features are a large ditch/stream which meanders its way through the course to the River Lagan, located a stone's throw from the sixteenth green. The clubhouse sits proudly on a hill above the course with views of many of the holes, with Belfast city centre just over two miles away."

Extensive fairway drainage work on four holes was finished in October and November, while bunkers on the eighth and thirteenth were shaped.

In January 2019, tees on the fourth and eighteenth were rebuilt, and shaping was completed on the eighteenth's bunkers.

Reconstruction of the practice area will begin this week.

"This is very much a project based upon bringing the course into the twenty-first century whilst maintaining the architectural heritage of Harry Colt," said Swan. "We're focusing on getting the bunkering to resemble the visual style and effect on play of those on Colt's original layout, with three holes having been completed this autumn/winter. Those three holes are all very different - the short eighth is a wonderful 'pitch' hole whilst the thirteenth has probably seen the biggest change, but I'm most excited about the improvements we've made to the home hole.

The work is being carried out by course manager Aaron Small and his team, with the support of Northern Ireland-based contractor Clive Richardson and lead shaper Alan Hughes.

"Even before the current programme of course improvements, Belvoir Park was recognised as Northern Ireland's best parkland layout, and the club is now in a great position heading into a very big year for golf in Northern Ireland," said Swan.

For the full article visit:golfcoursearchitecture