0 New CEO of PGA of America, is bringing a mandate: to grow the game and improve lives of organisation’s 29,000 members

In accepting the position to lead the PGA of America, Seth Waugh figures his life is coming full circle. An unqualified success in the world of finance, Waugh and his four brothers grew up in a household in which both parents worked as teachers. His father also was a coach. 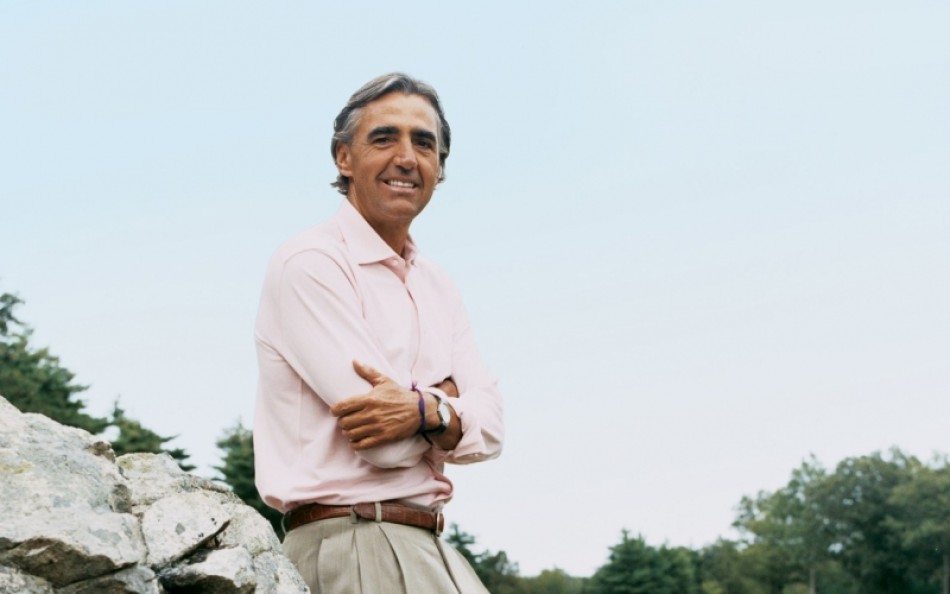 "When I graduated college, I had three jobs, two of which were coaching and teaching. The other was trading commodities," Waugh recalled. "I made the decision to go into the business world because I figured I'd go back to teaching and coaching at some point, and that it's probably easier to go from business to teaching instead of teaching to business. And here I am some 35 years later, feeling very fortunate knowing my path is connecting with an organisation of 29,000 club professionals who are business people but also, really, teachers."

Waugh, 60, was appointed last Tuesday as CEO of the PGA of America. He succeeds Pete Bevacqua, who has left to become president of NBC Sports Group. John Easterbrook Jr. continues to serve as interim CEO until Waugh formally takes over on 24th September.

Former CEO of Deutsche Bank Americas, Waugh comes to the head of the PGA with impeccable business credentials, a later-in-life immersion in-and love for-the game, a close-knit relationship with many of the sport's power brokers, and five years in the organisation as an independent member of the board of directors and as a member of an advisory board to Bevacqua.

He also comes in with a personal mission to improve the lives of the organisation's 29,000 members.

"We all have our stories, the pros that we grew up with, the ones we met later in life who had an impact on us," Waugh told Golf Digest during a 20-minute telephone interview Tuesday afternoon. "It's a noble profession. The average club pro is probably not seeing a lot of the benefits of the growth of the game at this point. You think of the business side, which has created great benefits for the association, but how do you pass that on and create value for the member? I think that's the biggest problem that we have.

"I'd like to sit back 10 years from now and say, 'We really made some lives better, made their livelihoods better.' That turns me on. That's how I'm wired. And that's the largest reason why I want to do this."

Waugh, who lives in North Palm Beach, Fla., is a native of Ayer, Mass. and a graduate of Amherst College, where he earned degrees in English and economics. His son Clancy, who played golf collegiately at Wake Forest and SMU, recently turned professional and is entered in one of the three Web.com Tour pre-qualifying tournaments that begins Wednesday. Waugh met his wife, Jane, about 2½ years ago on a practice range in Eugene, Ore., while caddieing for Clancy in an amateur event.

He was with Deutsche Bank Americas for 13 years, including 10 as CEO, during which time he oversaw the creation of the Deutsche Bank Championship, the PGA Tour's FedExCup Playoff event in Boston now known as the Dell Technologies Championship. The tournament, which begins Friday, is in its final year as the tour transitions into a schedule that will allow the playoffs to conclude by this time next year, before the start of college and NFL football.

"When I say that the game matters and that I want to give back to it, that's because it has meant a lot to me and has given me so much," said Waugh, a member at Seminole Golf Club and Cypress Point, among other clubs, who carries an 8.9 handicap index. "Somehow, it's become a huge part of my life, even though I came to it much later in life than a lot of people. My son's game, and the time we've spent playing, caddying for him, the Deutsche Bank Championship … threw myself into that. I've gotten very entrenched in the game. And if I think about the last 25 years … the best relationships have come from golf."

One of those relationships is with IMG vice chairman Alastair Johnston, whose organisation worked with Waugh to get the Deutsche Bank Championship off the ground.

"I have known Seth for a long time, and I can certainly understand why the PGA of America would select him as its new chief executive," Johnston said. "First of all, he brings to the table amazing respect within the golf industry. His business acumen and understanding of how the various institutions and federations within the golf world integrate and relate to one another will be paramount to the ongoing status of the PGA Championship and with broader horizons, the Ryder Cup.

"There will be some people who say he doesn't really understand the membership," Johnston added. "But in my opinion, Seth's selection will also benefit the grassroots membership of the PGA of America as more and more of the club professionals seek support at HQ in terms of their own business ambitions."

You can read the full article from Golf Digest HERE