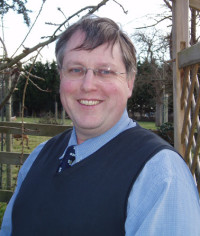 Robert Adcock of Somergreen Turf took over the Chairmanship of the Turfgrass Growers Association (TGA) when members gathered in Bath for its Annual General Meeting recently.

He farms 90 acres of cultivated lawn turf on the foothills of the picturesque Quantock Hills in Somerset and also undertakes soft landscaping works and garden maintenance in the South West of England. Robert has been a TGA member since its inception in 1997 and has taken an active role on the Council for most of that time.

"Following on from Stephen Edwards' productive time as Chairman and the progress the association has made since Tim Mudge became Chief Executive, I hope to help the TGA go from strength to strength," he commented.

"During my term as Chairman, I'll be encouraging greater interaction between growers and taking steps to attract new members and affiliates. The PVGA's administrative expertise coupled with the strengths and business experience of the TGA council has already proved invaluable in raising our profile and ensuring that we're consulted on issues that affect turf producers. I'll be supporting our Chief Executive in lobbying water companies and policy makers to ensure that our members receive the best possible service from their association. I'm looking forward to welcoming visitors to our turf show in June when we will have the opportunity to showcase the best in UK turf production to our customers and industry partners."