by Charlotte Eglington
in Cricket
on 02 Nov 2015 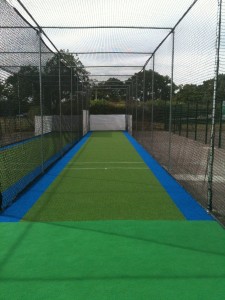 Attended by some 200 people, it saw former England captain Mark Ramrpakash officially launch the club's new non-turf practice facility alongside a 6 aside tournament and a fast bowling coaching session with Sussex players Ajmal Shahzad and Ashar Zaidi in the new nets.

The new facility was designed and built by cricket experts total-play Ltd, appointed by the club following in-depth research into the market, as Club Chairman Ish Jalal explains: "When researching systems and suppliers, many companies had plenty of experience in installing systems at village and provincial clubs but few had done so in inner city areas. The fact that total-play had undertaken projects in Barking and the Olympic park made them stand out from the crowd and we were confident they could handle the challenges faced by working in a busy public park. We also liked the fact that the same team would be working on the project from start to finish and we found the groundworkers to be friendly, professional and organised throughout. Feedback on the facility has been great so far and we look forward to getting plenty of use out of it in the future." 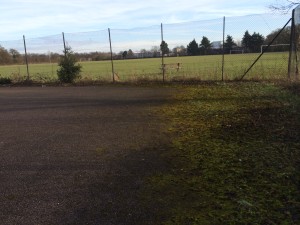 The new system comprised a 2 lane, 33m long x 7.3m wide fully enclosed practice system, complete with new security fence and pedestrian access gate down the middle of the two tennis courts to restrict usage. This system was constructed to the ECB approved tp365 system design with two tone blue and green carpets and a new double gate in the existing fence line to enable secure storage of the club's site screens and covers whilst not in use completing the specification.

Alongside this, for use by the broader community, a single batting end measuring 13m long by 3.65m wide built; again to the tp365 ECB approved non-turf system design with two-tone carpets. 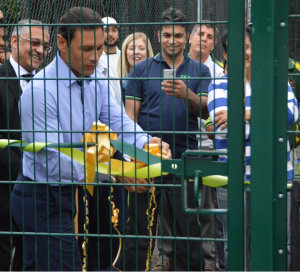 total-play's Business Development Manager, James Coney, says: "This has been a great project to be involved in and we worked closely with the club and the council at every stage, including planning, to ensure the finished system met the very specific needs of all parties. This is a very bespoke system and it will hopefully illustrate to other clubs that non-turf facilities needn't be 'off the shelf' - the non-turf system it is based on is an ECB approved design, so performs to the required standards, but there is huge scope in terms of what can be done with everything from carpet colouring and marking through to netting and fencing solutions to meet very specific requirements."

For more information on total-play's tp365 ECB approved non-turf system and to view case studies of other projects, visit www.total-play.co.uk