Following on from what was a hugely successful year, 2018 looks to be a year of new starts and new products for both the ATT TMSystem™ and Cub Cadet INFINICUT® brands. As well as announcing the move to a new state-of-the-art production facility, BTME was also the launchpad to discuss the latest upgrades to the SMARTCut cassette and the continuing drive towards skilful mechanical maintenance. 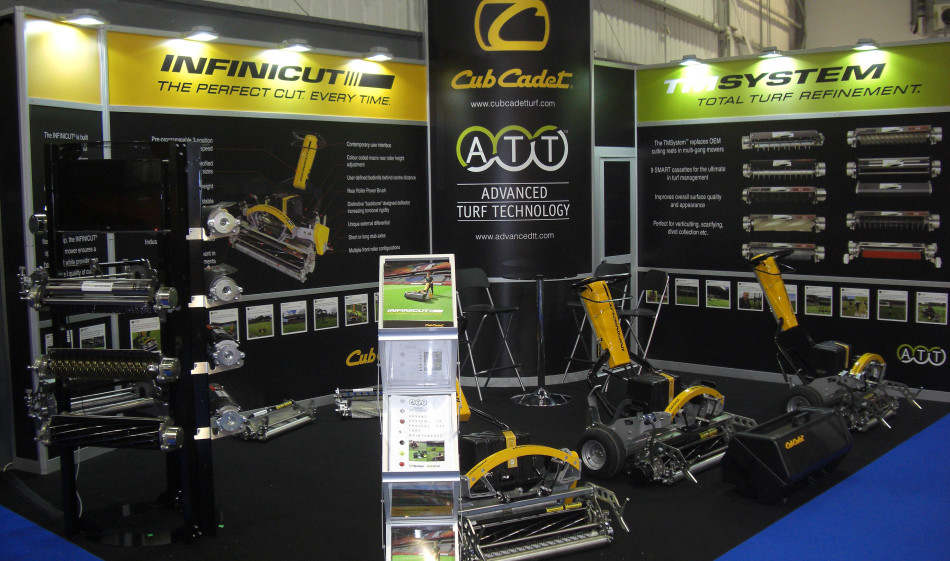 The increase in global demand and sales has necessitated the move to a new factory site, just four miles in distance from their current base in Sheffield. For continuity it was crucial that the current staff were retained, so the move to a new larger location nearby was vital. The new facility has over five times the surface area of the existing site and will increase the output capability seven-fold thanks to new assembly line design and production methodologies. The new factory also incorporates a bespoke prototyping area and machine shop as well as the construction of new office facilities and a state of the art conference and meeting room.

As a result of the whole research, development and manufacturing process taking place under one roof, a number of updates were made to the cutting unit on the back of feedback and collaboration with key customers. Already delivering an exacting quality of cut, a new 'spine' has been incorporated into the design of the ATT SMARTCut cassette to give more precise adjustment and keep the unit 'on cut' for longer. Further developments to existing, as well as new machinery are also imminent.

With the continued non-renewal of plant protection products, not just in the UK but also in Europe and further afield, MTD are noticing the increase in demand for mechanical maintenance techniques that can help in the creation of a stronger, healthier plant. The updates to the SMARTCut, along with other cassettes within the carefully engineered TMSystem™, ensure the plant and its immediate vicinity are preserved in a manner to encourage a suitable macro-environment able to better tolerate environmental stress.