The new home of Aberdeen FC is taking shape - and the Evening Express has been given a sneak peek one year after work began. 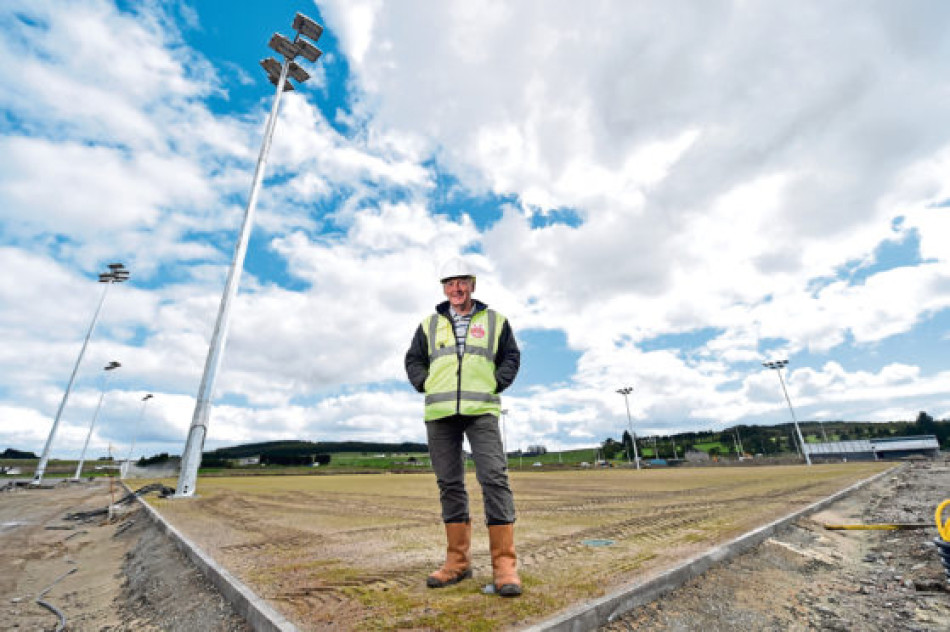 It was 12 months ago that Dons boss Derek McInnes and chairman Stewart Milne broke the ground at the Kingsford site - and much has happened since.

When the £50 million project is complete on the land alongside the A944 there will be a 20,000-seater stadium and training ground complex with community facilities.

Phase one of the project includes the construction of a training pavilion, groundsman's accommodation and three professional training pitches - one grass and one hybrid - all which will be used by the team.

Phase two includes the stadium and its infrastructure. That work cannot begin until planning obstacles, such as building a footbridge over the A944, have been overcome. 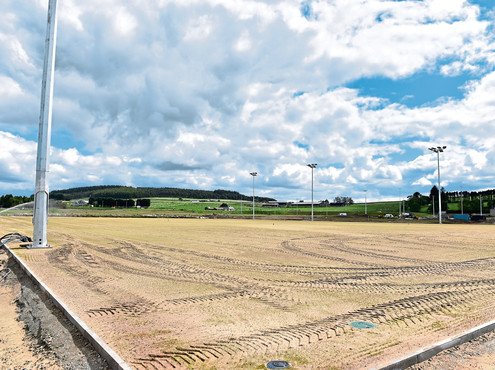 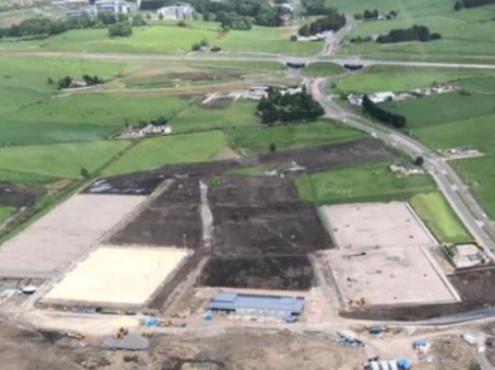 The pitch has now been drawn out and floodlights installed.

He added: "The grass seed has germinated and will be regularly treated with liquid fertilizer over the next three to four weeks.

"The pitch will then be 'stitched' in mid-August with artificial nylon grass fibres. It should be ready by the end of September."

Mr Edgar said: "The ground is being levelled and prepared for the carpets being laid in September. Perimeter fencing will be erected before then.

"Fibre sand is being used as a base for sowing grass seed in the hybrid pitch and two grass pitches - all three of these pitches will be used by the professional team."

You can read the full article from the Evening Express HERE